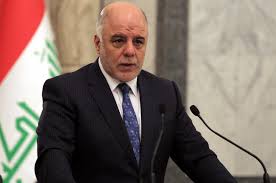 Iraq announced Sunday that an agreement has been reached with Iran, Russia and Syria to cooperate against the Islamic State through an intelligence committee to be based in Baghdad.

Saad al-Hadithi, the spokesman for Iraqi Prime Minister’s office, who made the announcement, said the committee will spur coordination between the four countries “in the field of military intelligence” and will focus on “monitoring the movements of terrorists… and degrading their capacity.”

The Islamic State is controlling large parts of Iraqi and Syrian territories and thousands of volunteers coming from Russia have joined the terrorist group.

The four countries’ move was not welcomed by Washington which expressed reservations about Syria’s presence in the committee. Washington is also concerned about Russia’s growing military presence in Syria.

Russia’s military buildup at an air base near Latakia in Syria was facilitated by Iraq and Iran which opened their airspaces to Russian crafts after the U.S pressured Bulgaria to close their airspace to Russian planes heading to Syria.

The Iraqi spokesman did not say if the committee has started operating and other members have not commented on it.

The Islamic State is expected to dominate this year’s UN General Assembly and President Vladimir Putin would be outlining plans for Syria and the fight against IS at his address before the General Assembly this Monday.

Russia’s influence over efforts to end the Syrian conflict is seemingly growing as Moscow has increased its military support to the regime of Bashar al-Assad that it deems a crucial component in any settlement. Observers think that Russia also wants to have a say in choosing a successor to Assad is case he is forced out of power.

The Syrian issue and the fight against the IS group will figure high on the agenda of talks that Presidents Putin and Barack Obama will be having on the sidelines of the UN General Assembly.