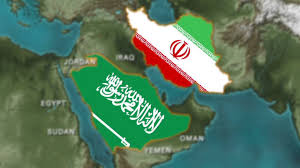 The verbal tug-of-war between Tehran and Riyadh over the Mina stampede that led to the death of more than 700 pilgrims continues with both sides questioning each other’s reaction.

Iran registered one of the highest numbers of casualties and it has been blaming Saudi officials for poor organization of the annual pilgrimage. Riyadh rejected the blames as mere allegations.

Mean while King Salman ordered a revision of the Hajj organization and an inquiry into the stampede while his foreign minister Adel al-Jubeir said in New York on Sunday that Iran “should know better than to play politics with a tragedy that had befallen people who were performing their most sacred religious duty.”

He urged the “Iranian leaders” to be “more sensible and more thoughtful” after the tragedy and to show patience ahead of an inquiry that will be, he promised, transparent. “We will not hold anything back,” he said warning that those who made “mistakes” will be held accountable.

Pilgrims have blamed authorities for closing some of the gates.

Hours after the Saudi Foreign Minister’s comments, Iranian Supreme leader Ali Khamenei said Riyadh must accept its responsibility and apologize to the Islamic Ummah and bereaved families “instead of shifting blame onto others.” An anti-Saudi protest was held in front of the Saudi embassy in Tehran.

155 Iranian pilgrims have been reported death by Tehran while 323 are missing.