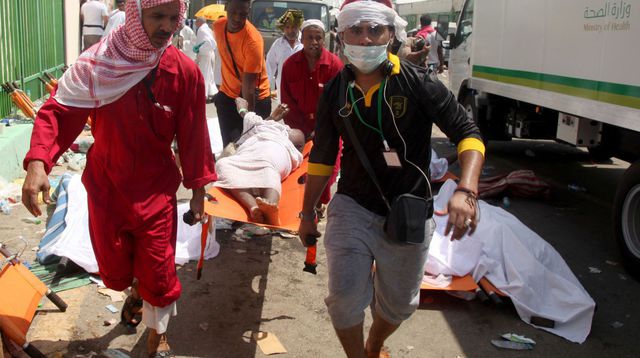 King Salman od Saudi Arabia said his government will go on with the expansion plans in the Grand Mosque and in all the pilgrimage itinerary to make Haj rituals more secure and comfortable.

King Salman made the statement while presenting condolences to the families of the victims killed in the Thursday stampede at Mina.

Thursday stampede at the Mina left close to 720 people dead and more than 800 injured as the pilgrims were heading from Mina to Jamrat.

Saudi Security officials have launched an investigation to know the exact causes of the incident.

King Salman indicated that regardless of the outcome of the probe, the expansion plans in Mekka and surrounding areas will be carried on to ensure the safety and comfort for the pilgrims.

He also pointed that all obstacles will be removed to allow the pilgrims to perform their rituals as planned.

Few days ago a crane collapse killed 111 people and injured hundreds others in the build-up to the spiritual pilgrimage.

Thursday stampede left the second largest death toll after the 1990 stampede that killed close to 1,500 people.