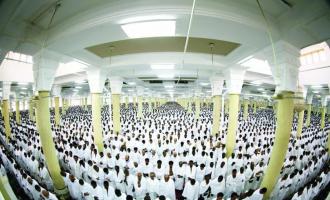 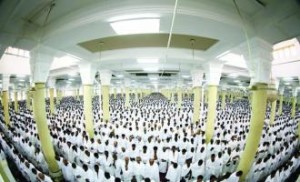 The Head of the Saudi Passport service Maj. Gen. Sulaiman bin Abdulaziz Al-Yahya said they completed the arrival procedures of pilgrims coming outside the kingdom on Sunday.

Al-Yahya revealed that 534 pilgrims were denied entrance into the Sunni-majority kingdom as they were travelling on fake visas.

“We managed to arrest 67 persons with fake visas coming through the airport, and another 467 persons through land crossings,” Al-Yahya said

“In addition, authorities arrested 11 persons, of which 10 individuals were in violation of the regulations. They were fined SR240,000, with prison sentences, and three of their vehicles were confiscated,” he added.

According to Saudi officer, around 1,374,206 pilgrims entered the country to perform the spiritual rituals.

There were also reports of pilgrim smugglers to try to sneak pilgrims illegally in the country. However, Daifallah bin Satam Al-Huwaifi and other officials from the Passport Department indicated that measures and punishments have been adopted to handle violation cases.

“There are several sanctions imposed, including prison terms of 15 days and a fine of SR10,000 against whoever transports any pilgrim not carrying a legal permit. The regulations also demand the confiscation of the vehicle with a court order if he is the owner, or involved in any way in the transport operation,” Al-Huwaifia pointed out.

“If the violator is an expatriate he will immediately be deported and barred from entering the Kingdom for a period specified in the regulations. In addition, transporting infiltrators or covering them up or helping them in any way will entail a fine of SR100,000, and in case the violation is repeated, sanctions may entail imprisonment of two years and deportation if the violator is an expatriate, as well as confiscation of the vehicle.”