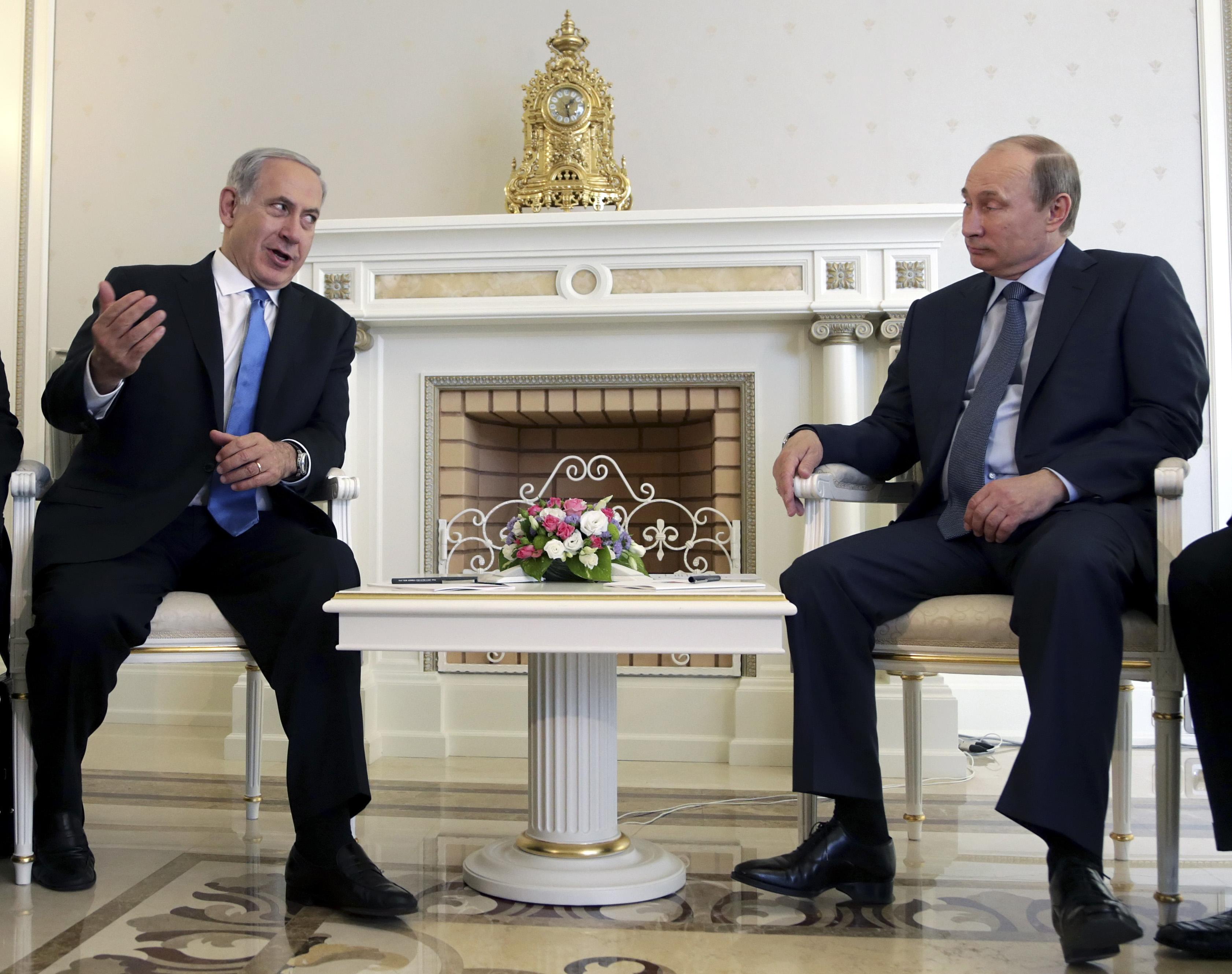 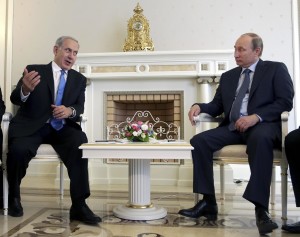 Prime Minister Benjamin Netanyahu’s one day official visit to Moscow ended with President Putin assuring him that Moscow’s intervention in Syria doesn’t pose a threat to the Jewish State although a senior Israeli official said the two countries have agreed to coordinate their aerial, naval and electromagnetic actions with regards to Syria.

Israel is worried that the increasing Russian military hardware in Syria could find its way to Hezbollah and Hamas. Netanyahu said Israel and Russia share “common goals” in ensuring stability in the Middle East. He claimed that Syria and Iran are planning to “create a second terrorist front in the Golan Heights” and arm Hezbollah to target Israel.

He stressed that they will continue to prevent the transfer of lethal weapons from Tehran and Damascus to Hezbollah.

Putin said Russia always condemns rocket attacks on Israel but downplayed Netanyahu’s fears of Hezbollah receiving external military weapons supply stating that “as far as I know those rockets are home-made” and questioned the alleged plans to attack Israel from the Golan Heights. “As for Syria, we know and understand that the Syrian army and the country in general are not in a condition to open a second front. The Syrians are busy fighting for their own statehood,” he said.

However, a source stated the two countries have agreed to coordinate their military actions in Syria. Russian and Syrian air forces use the same MIGs and the coordination is expected to reduce the risk of Israel shooting down a Russian aircraft. Israel’s chief of staff Lieutenant General Gadi Eisenkot had a meeting with his Russian counterpart General Valery Vasilevich Gerasimov and further meetings are to be held between the two sides in the upcoming weeks.