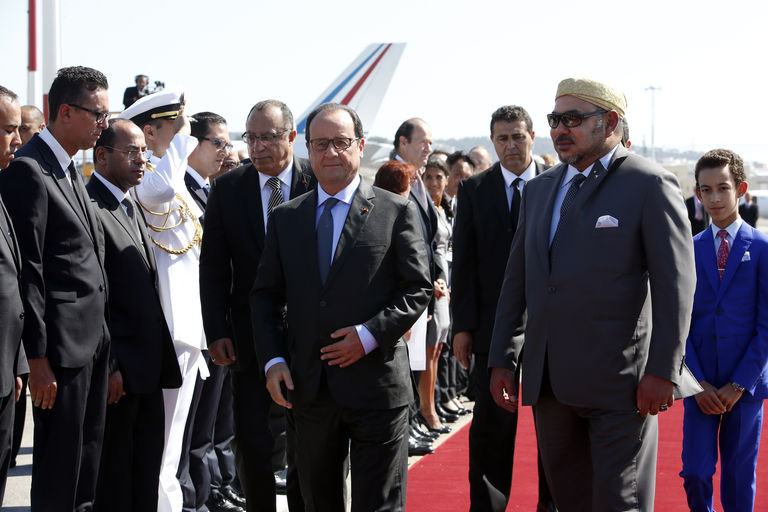 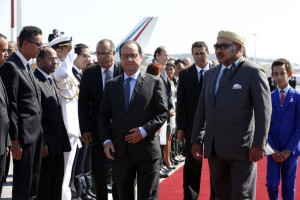 French President Francois Holland Sunday sounded very upbeat about his country’s partnership with Morocco and hailed the end of the diplomatic dispute that had strained relations between Rabat and Paris last year.

“It has been a successful trip for both Morocco and France,” Holland said Sunday at a press conference in Tangier when talking about the outcome of his two-day official visit.

The French president used his trip to Morocco, his second since he had been elected in May 2012, to seal the reconciliation between the two countries after the year-long diplomatic crisis that had blurred their relationship from February 2014 to January 2015. The crisis was ignited following the filing in France of a complaint for “torture” against the head of the Moroccan territorial intelligence department, Abdellatif Hammouchi, who also holds since last May the position of Director of National Security.

The French head of state confirmed that his country shall award Hammouchi another decoration, ending thus the rumors that French authorities had abandoned the decoration idea.

“Hammouchi was decorated Knight in 2011. He will be promoted Officer. The awarding of the decoration was not on the agenda of this visit. All that remains is to give him the award,” he said.

These awards are a recognition of the efforts of the Moroccan security services in their fight against terrorism and organized crime and a tribute to the Moroccan-French cooperation in this field.

In Paris, we now consider that “the page (of the crisis) has been turned,” President Hollande said, insisting that what matters most is mutual trust between the two states.

President Hollande dwelt on the security cooperation between Paris and Rabat, saying that thanks to this cooperation, “we have acted to thwart the risk of attempts.”

Talks between President Hollande and King Mohammed VI actually focused on cooperation in security fields, the fight against terrorism and religious radicalism as well as the latest developments in the Middle East and North Africa region.

Economic cooperation was also high on the agenda of this trip, as evidenced by the number of projects visited or inaugurated by the two heads of State.

These projects include the Tanger-Med port, the service center of the France-made trains of the future TGV line to link Tangiers to Casablanca.

They also launched the construction of an institute that will train professionals for the sectors of renewable energy and energy efficiency. The project requires an € 8.5 million investment.