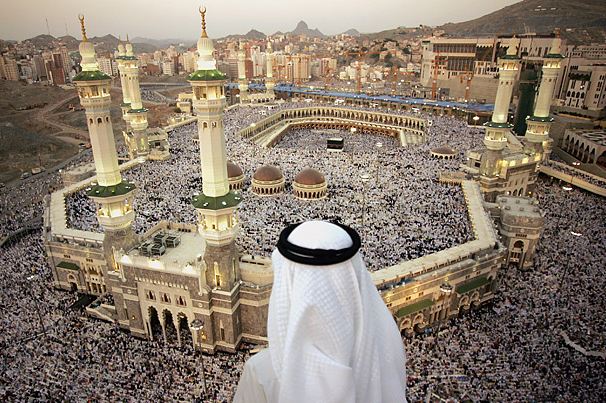 As millions of Muslims prepare to begin their pilgrimage on Tuesday, Saudi Crown Prince and Interior Minister Mohammed bin Naif stressed that the kingdom will not tolerate any political propaganda during the pilgrimage and renewed the government’s determination to fight terrorism and neutralize threats.

Hajj is one of the biggest gatherings in the world and the toppling of a crane on Mecca’s Grand Mosque by a windstorm killing more than 100 people raised safety concerns. Prince Mohammed gave assurances that all measures have been taken to ensure safety and security throughout the season.

Saudi Arabia also fears that the MERS spreads on a large scale if proper care is not taken.

Security has been boosted with the deployment of 100,000 security personnel. The Kingdom has been targeted several times by Islamist groups and Prince Mohammed himself targeted in a 2009 terrorist attack. Around 5,000 CCTV cameras are installed in Mecca and Medina to monitor the movements of people.

Prince Mohammed who underscored that terrorists do not care about religion, its sanctity and the lives of people said advanced security systems were installed everywhere and all concerned departments are ready to deal with any situation.

The security forces showcased their preparedness on Thursday in mecca in an exercise simulating a terrorist attack.