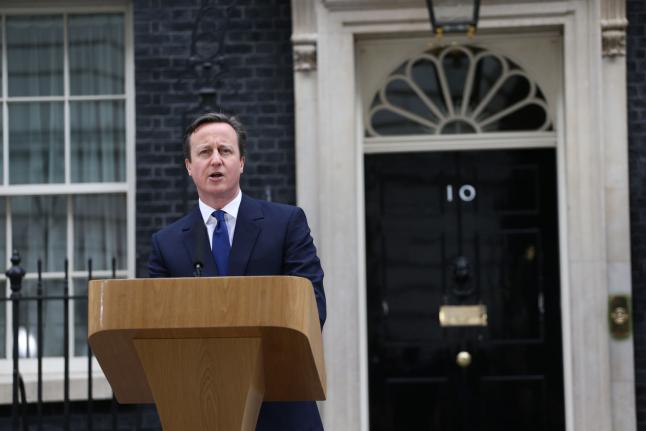 The Syrian Foreign Ministry addressed letters to U.N officials to draw their attention to Britain’s “interference” into Syria’s domestic affairs and the “brazen” standpoints of its officials. Calls for military action in Syria are increasing in Britain with the influx of Syrian refugees to Europe and Prime Minister Cameron said they are willing to take-in 1,000 Syrian refugees under the government’s newly launched ‘Refugee Welcome’ program.

The letters accused Britain of embarking on its “colonialist experience” with its call for military intervention and pointed out that “the British government has no right to preach to others about democracy, human rights and combating terrorism when it has itself employed all its capabilities.”

The House of Commons rejected military intervention in Syria last year and limited its role to intelligence sharing.

Syria has become a battleground between foreign fighters active in the ranks of the government, rebels and extremist groups while most of the country’s citizens are seeking refuge elsewhere.

There have been reports that Russian troops are fighting alongside Assad’s forces and U.S Secretary of State John Kerry raised Washington’s concerns with Russian Foreign Minister Sergei Lavrov on Saturday.

The U.S. State Department said Kerry “made it clear that if such reports were accurate,” it could heighten the conflict’s tension and could “risk confrontation with the anti-ISIL coalition operating in Syria.”

President Putin had repeatedly acknowledged that Russia was giving Syria quite serious help with equipment and training soldiers, part of Russia’s efforts “to create some kind of an international coalition to fight terrorism and extremism.”