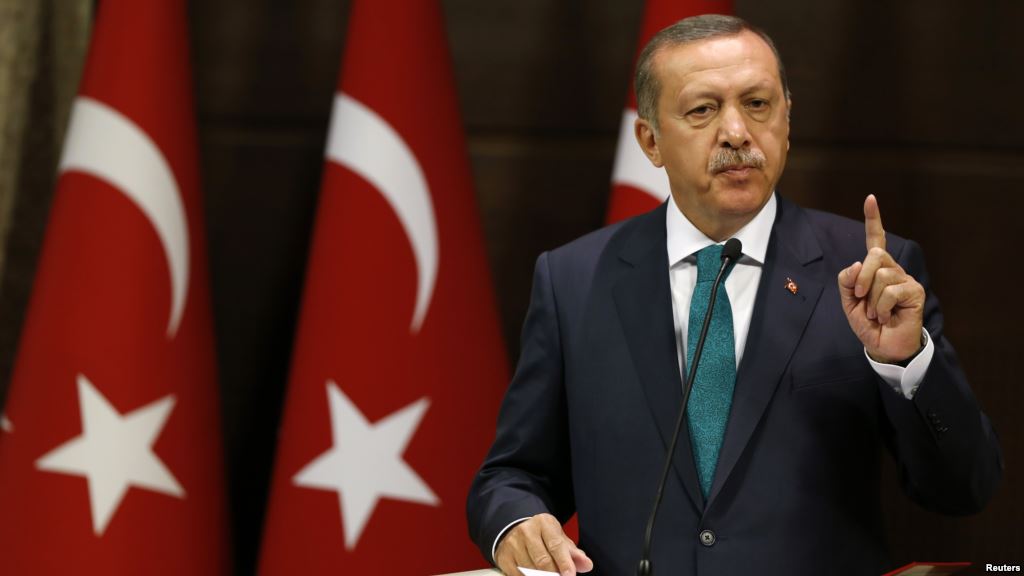 In an interview aired on CNN Sunday, the outspoken president said his country will focus its fight against terrorism on the PKK rather than ISIS because the threats posed by the former to Turkey’s security are greater.

Erdogan said despite the EU classifying the PKK as a terrorist organization, it has “unfortunately always tolerated that the members of this group take shelter in [EU] member states, and has even given its leaders the opportunity to display a show of strength in those countries.”

The Assad regime is “right now the biggest supporter” of ISIS and the militants of the extremist group are “in solidarity” with him, he said alleging that Iran and Russia have “never wanted an intervention in Syria.”

The Turkish president said Ankara has been left alone in its fight against PKK terror and reiterated that they will continue fighting “until the end” because the group is the country’s “primary terrorist threat.”

Renewed hostilities between PKK and Turkey, after the attack in Suruc in July, have led to several deaths.

Although Turkey has joined the U.S-led coalition against the ISIS, Erdogan said the extremist group is a “secondary threat” to his country but Turkey will continue to “determinedly” fight against it. He alleged that countries that “try their hardest to keep this (Assad) regime alive are responsible” for the rise of ISIS. Erdogan singled out Moscow and Tehran for supporting the “cruel leader” with weapons and money and stressed that their efforts were rather seeking to eliminate the Syrian opposition. They never contemplated means of removing him from power, he said.