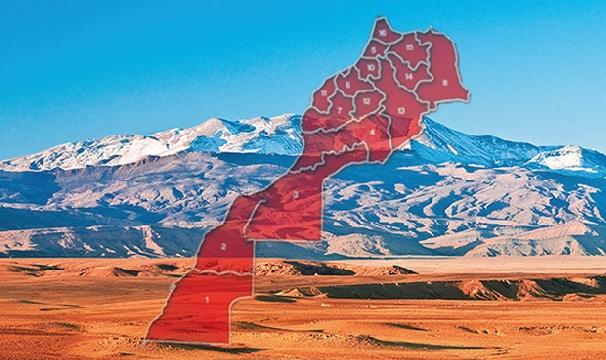 The importance of these polls lies in the fact that they are the first held after the adoption of the new constitution in 2011 and yielded a new political map ahead of the general election scheduled next year.

The results of the double polls showed that Morocco’s ruling Islamist party PJD won regional councils votes, but loses municipal election to its rival “Authenticity and Modernity Party” (PAM), set up in 2008 by a close friend and adviser of the king, Fouad Ali El Himma.

For the first time in its history, PJD, which came to power in 2011 in the height of the Arab spring with anti-corruption agenda, won control of Morocco’s major cities including the capital Rabat, Casablanca, Tangier, Fez, Marrakesh and Agadir.

According the some analysts, the turnout, which was 53.6 percent almost the same as in the last local elections in 2009, showed the voters’ keen interest to take part in the democratic process in line with the guidelines of King Mohammed VI.

In his speech to the Nation on the occasion of the 62nd anniversary of the Revolution of the King and the People, the Moroccan Sovereign urged citizens to vote and “make a conscientious, responsible choice”.

In this speech delivered last august, the Monarch called on voters to choose “competent, credible candidates, who are committed to serving the public good”. He also said that “voting is a right and a national duty, a major responsibility that has to be shouldered. It is a tool in your hands; you either use it to change the daily management of your affairs or to maintain the status quo, good or bad”.

The presence of hundreds of international observers in the local polls of Sept.04th confirms Morocco’s attachment to the rules of law, transparency, equal chances and respect of free competition between candidates.

The turnout was particularly very high in the southern provinces wherein voters chose freely their representatives in local councils and regional assemblies tasked with managing their proper affairs and their everyday life.

These are the cornerstones of the advanced regionalization plan allowing each region of the Kingdom to manage itself by its own elected local bodies which were given extensive powers by the new Constitution.

For some experts, the elections held in Morocco are major assets for the North African nation and a victory for democracy in the country which is tackling the future with trust and pride under stewardship of a modern monarchy.