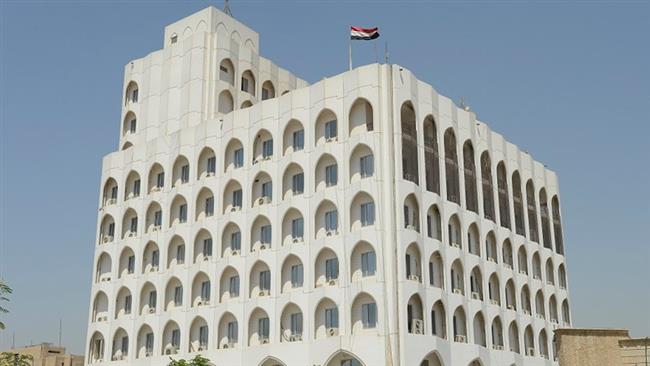 Iraq is unpleased with Qatar which hosted a conference on “national reconciliation” without the knowledge and approval of the authorities in Baghdad.

The conference was held in Doha last week and former Iraqi officials who are on the list of Iraq’s judiciary arrest warrants were in attendance. The Iraqi chargé d’affaires in Doha was recalled on Monday “for consultation” according to the Iraqinews website.

Iraqi Foreign Ministry Spokesman Ahmad Jamal said they were “surprised” by the “blatant interference” of Qatari authorities in Iraq’s domestic affairs which constitutes “a clear violation of the principles of bilateral relations built on the basis of respect for the sovereignty of states.”

The meeting hosted “individuals accused of supporting terrorism and cooperating with terrorist organizations” that are currently wanted for trial in Iraq.

Former Finance Minister Rafi Al-Issawi and former Vice-President Tareq Al-Hashemi who participated in the Doha conference are among those targeted by arrest warrants.

The foreign ministry condemned Qatar’s actions and warned that it could “harm the fraternal relations between the Republic of Iraq and the sister state of Qatar.”

The ministry added that other countries and institutions should abstain from organizing such “national reconciliation” meetings or any meeting on “Iraq’s internal affairs” without the prior knowledge and approval of the government.

Authorities in Baghdad do not know the motivations of Qatar and are “awaiting clarification on the subject,” the foreign ministry said.

Qatar has been at odds with Gulf States and also with Cairo due to its strong ties with Egypt’s Muslim Brotherhood.