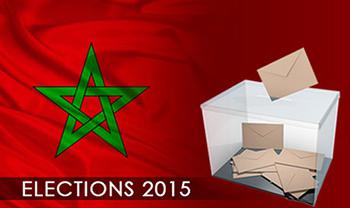 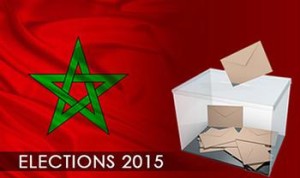 Around 14 million Moroccans are heading to the polls this Friday to cast their ballot papers in local and regional elections set to be a popularity test for the Islamist ruling party and other parties trying to emerge as important political actors.

These local and regional elections to renew 31,503 seats at the communal councils and elect 678 members to the regional councils, newly created under the provisions of the 2011 Constitution, appear important as they will give voters a flavour of the general elections set for next year.

Political fight over the control of major cities namely Casablanca, Rabat, Salé, Tanger, Fès and Marrakech is one of the main attractions of these elections, as the stakes are higher with the advanced regionalization process Morocco has embarked on. Regionalization will actually entrust to local and regional authorities new budgetary and administrative powers, giving them free hand to define their own development priorities and to implement these priorities.

The advanced regionalization plan is mainly meant to achieve social solidarity and institute balance and complementarity between regions.

This electoral process wherein some thirty parties are participating is however viewed as a contest between the ruling Islamist Justice and Development Party (PJD) led by Abdelilah Benkirane and the main opposition Authenticity and Modernity Party (PAM) headed by .

A harsh critic of the PJD, Bakkoury accused the ruling party and the Head of Government Benkirane of being selfish, only taking into account, since they took power in 2011, their own interests.

“His priority over the last four years has been his own clan, rather than all the people of the country,” Bakkoury said.

However, Benkirane enjoys support among the conservative populations and he is praised for bringing down deficit from seven to less than five per cent of the national GDP.

Morocco is one of the few North African countries enjoying stability and a growing economy. The country has developed successful strategies at the level of economic development, struggle against poverty and precariousness and most importantly fight against terrorism which is bourgeoning across the region and across the world.

The country narrowly escaped the Arab Spring wave that swept through the MENA region thanks to major political reforms initiated by King Mohamed VI. The kingdom adopted a new constitution that led to Parliamentary elections in November 2011 won by the Islamist party.