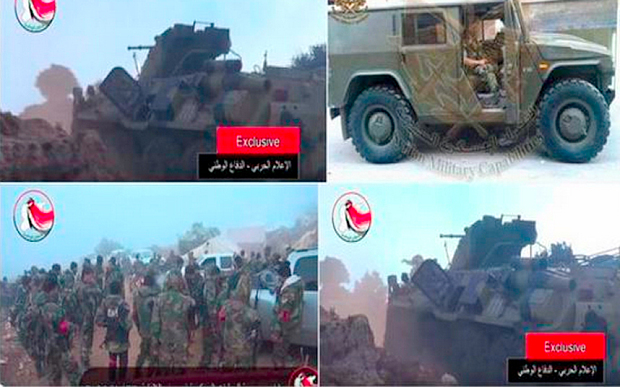 Reports have emerged that Russian troops are on the ground in Syria after a video footage featured on the state television during a news report showed military forces and a Russian armored vehicle while instructions in Russian could be heard in the background.

Rebels have claimed that Russian troops are fighting alongside pro-Assad forces but there has been no official confirmation from Moscow or Damascus. Russia’s defense Minister Anatoly Serdyukov had acknowledged in 2012 that Russian “military and technical advisers” are in Syria.

The Times, quoting an anonymous activist with the Free Syrian Army rebel group, reported that “the Russians have been there for a long time” and more officials have arrived in Slunfeh in recent weeks. “There has been Russian reinforcement,” the activist said.

A Russian ship with military equipment passed through Istanbul’s famed waterway en route to an unknown location in the Mediterranean at the end of last month according to Bosphorus Naval News website.

Oryx Blog, specialized in tracking military dynamics in the Middle East and North Africa, also reported at the same period that at least one BTR-82A was being used in the coastal province of Latakia, President Assad’s hometown.

Although the footage filmed from the Latakia front by the Syrian state television renders it difficult to know if the firing was aimed at rebel groups, a military official giving instructions to the crew of a BTR-82A in Russian could be heard saying “Come on, quickly…Throw! ..Again! Do it again! … Peacock, Peacock [codename for vehicle operator], we are moving out” according to translations by the Daily Beast news website.

Although it is still unclear if the Russian troops on the ground have ties with Moscow, evidence of Russian vehicles and aircrafts continues to emerge.