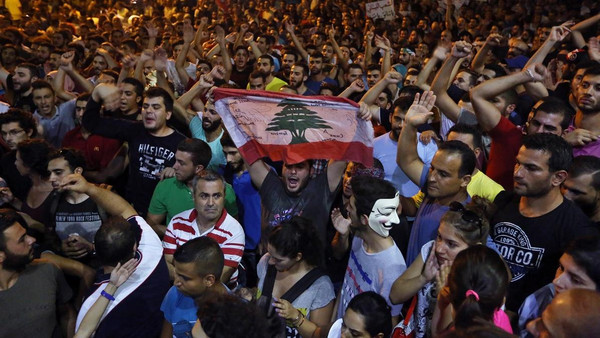 The UN Security Council Wednesday appealed to Lebanese lawmakers to bridge their division and elect a new president in order to end the political and social crisis hitting the country.

The UN announcement was made by Russian UN ambassador Vitaly Churkin who is chairing the Security Council this month.

Churkin, who was speaking to reporters after the hearing of UN envoy for Lebanon Sigrid Kaag, called on Lebanon’s lawmakers and politicians to meet and elect as soon as possible a new president in order to end the ongoing constitutional instability.

Lebanon has been without a president since May 2014 and the latest parliamentary session to elect a new president failed.

Lebanon is currently ruled by a fragile government strongly influenced by regional powers namely Iran and Saudi Arabia. The current cabinet which is on the brink of collapse is seriously affected by the mass demonstrations sparked by a rubbish crisis a couple of weeks ago and commanded by a social movement calling itself “You Stink.”

The mass protests which started peacefully have turned into deadly confrontation opposing protestors and riot police forces. The protestors are now demanding the resignation of the whole cabinet and are calling for fresh elections.

Reports say the Lebanese crisis will be part of the top items on the agenda awaiting the heads of states during this month’s UN General Assembly in New York.