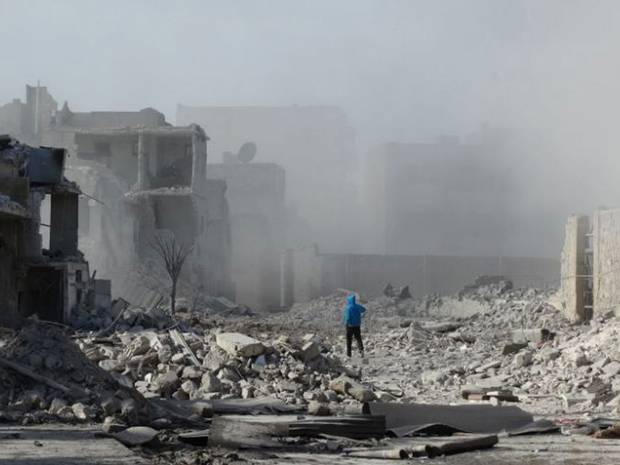 The relative quietness of Qadam after a truce between government forces and rebels since last year was interrupted with the sounds of heavy gunfire during the weekend when militants of the Islamic State (IS) launched an attack on the rebel-held area.

The city is located on the southern suburbs of Damascus and could be an opening for the extremist group to access the heavily fortified part of Damascus under the control of Assad’s forces.

Clashes are opposing Jaysh al-Islam and IS in the Qadam district, but IS is also battling with Ajnad al-Sham in nearby Asali. None of the groups are believed to have obtained major gains according to the Syrian Observatory for Human Rights which reported that IS might have only managed to take over two streets but Amaq news agency, a pro-IS media, said the group has taken over 50% of the district showing pictures of militants roaming in the streets.

The clashes between the rebel groups seem to please pro-Assad military officials and AFP news agency quoted one of them saying he was “very happy” that groups challenging the regime are fighting against each other and they will be “ready to react if they try to advance into government-held territory.”

Most of the IS militants are believed to be camped at Hajar al-Aswad, an area they have been controlling since July 2014.

Reports have also emerged on the Washington Post on Tuesday saying that the U.S is carrying out a secret campaign in Syria and Iraq using armed drones to target and kill key figures of IS.

The U.S official sources quoted by the daily said the secret program is led by the CIA and US Special Forces and is only focused on “high value targets.”