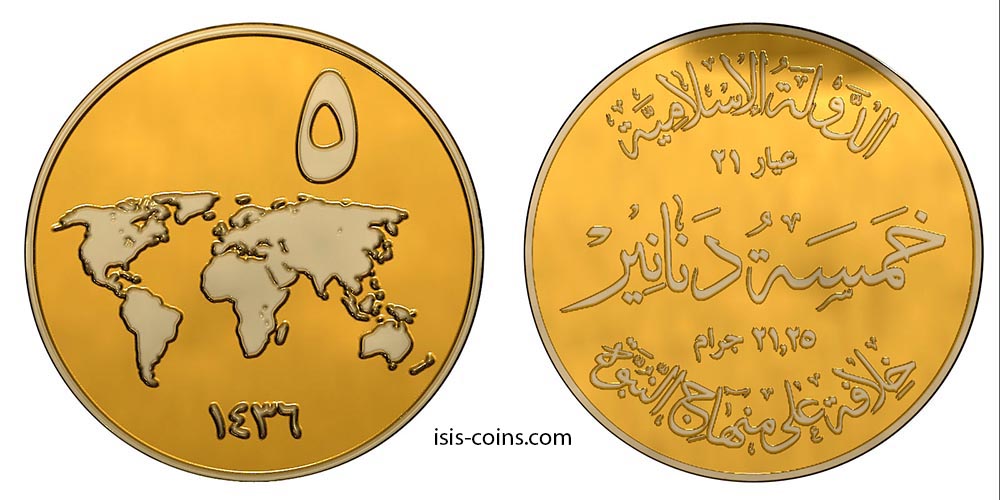 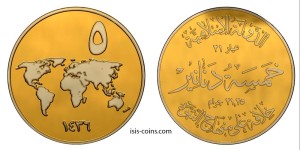 A video released by ISIS entitled ‘The Rise of the Khilafah and the Return of the Gold Dinar’ featured the group’s much talked about gold dinar that it claims will end the superiority of the American monetary system on the world and also cleanse the world of corruption.

Since November 2014, ISIS has been claiming that it will mint its own currency as it continues to aspire to expand the territories under the Islamic State.

The hour long video boasted about the potentials of the gold dinar together with smaller denominations of silver dirhams and copper fulus as it showed video footage of ISIS armed militants and shop owners having a glance of the dinar and admiring it. The purity of the gold dinar is said to be 21carat thereby making it equivalent to $139.

It is still unclear when ISIS plans to begin the mass production of the dinar as it argued that gold is the true measure of wealth. The group added that the circulation of the gold dinar along with the spread of ISIS across Europe will help “to purify the earth of the corruption that tainted it, after it was set in order.” In the video, bonds and oils were termed as the “Achilles’ heel” of America due to its dependence on them and the dinar will damage “America’s capitalist financial system of enslavery” which is a “symbol of injustice and tyranny.”

ISIS has a “world domination” philosophy with a strict implication of Islamic laws but their methods have been disputed by scholars. It currently controls territories in Syria and Iraq with oilfields and most of its oil transactions are reported to be in U.S dollars except for local trade often in local currencies.