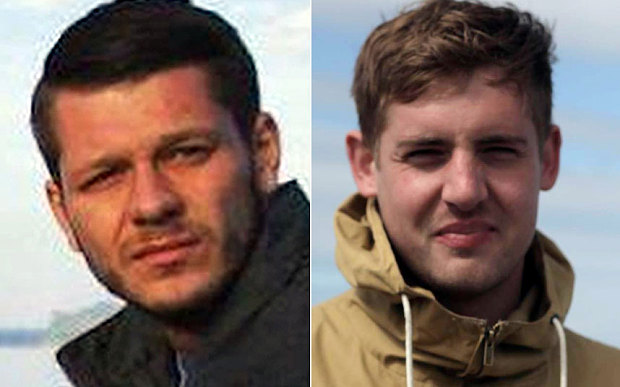 A Turkish court Monday charged the America-based online news outlet Vice News’ two reporters and their Turkish colleague for terrorism as they were reporting on Turkish army’s clashes with PKK fighters in Diyarbakır province.

Jake Hanrahan and Philip Pendlebury, both British nationals working for Vice News, were arrested and put in custody Friday with their Turkish correspondent and their driver as they were filming fights between the Turkish army and the PKK militants in the Bağlar district of Diyarbakır province.

They appeared before a court in Diyarbakir province which charged them with “engaging in terror activity” on behalf of the Islamic State of Iraq and the Levant (ISIL).

Reports said they were arrested after police received tip-off on their activities. Reports also said their driver was later released.

Vice News channel condemned and rejected the court’s accusations and demanded the quick release of its reporters.

“Today the Turkish government has levelled baseless and alarmingly false charges of ‘working on behalf of a terrorist organization’ against three VICE News reporters, in an attempt to intimidate and censor their coverage,” said Kevin Sutcliffe, VICE’s Head of News Programming in Europe.

“VICE News condemns in the strongest possible terms the Turkish government’s attempts to silence our reporters who have been providing vital coverage from the region,” Sutcliffe added. “We continue to work with all relevant authorities to expedite the safe release of our three colleagues and friends.”

Other news media and human rights group including Amnesty International condemned the detention and bashed Ankara for its unlawful censorship of media.

“It is completely proper that journalists should cover this important story,” Amnesty said in a statement. “The decision to detain the journalists was wrong, while the allegation of assisting the Islamic State is unsubstantiated, outrageous, and bizarre.”

Zeynep Oral, president of PEN Turkey also panned the arrest of the three journalists and urged for their immediate release.

“In a period of uncertainty, both in the country and in the region, we are in the greatest need of freedom of expression and the right to know,” Oral said. “We ask for justice and the immediate release of journalists doing their jobs.”

Ankara is fighting PKK insurgents who in July killed two Turkish police officers prompting Ankara to break the cease-fire with the Turkish outlawed group. Ankara intensified its attacks on the movement in Iraq and Syria before the nose of the US.

However, Monday, the Obama Administration urged its NATO ally to ensure press freedom and allow journalist to do their work.

Mark Toner, US State Department spokesperson told reporters that Ankara must guarantee free expression, access to information and allow journalists to report as all these rights are part of the Turkish constitution and Turkey’s international human rights obligation.

“As Turkey’s friend and NATO ally, we urge Turkish authorities to ensure their actions uphold universal democratic values, including due process, freedom of expression as well as access to media and information,” Toner said.