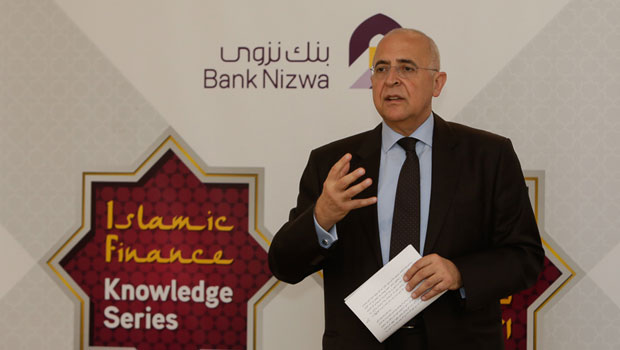 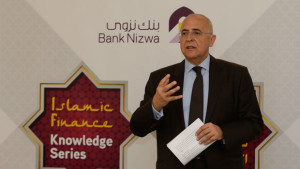 Oman’s banking sector is expected to register a significant growth in the Islamic banking sector by 2020 according to the chief executive officer of Bank Nizwa Dr Jamil El Jaroudi.

Islamic banks have registered important growths against conventional banks in almost all domains and Jaroudi is confident that it will account for around 15-17% of the total banking asset if normal market conditions continue with recovery and the oil market is stable.

His forecast will put Oman at par with the United Arab Emirates (UAE) and Bahraini markets. UAE’s Islamic banking sector accounts for 17% of the market’s asset share and has a five-year compound annual growth rate of 14% which is three times faster than the conventional banking sector.

Data from Oman’s Central Bank showed that the combined assets of Omani Islamic banks and window operations between the end of June 2014-2015 have increased by 64.08% while conventional banks only registered a rise of 11.22% in total assets. Industry reports have also earmarked an “average growth of over 40% year-on-year” of the combined total assets of fully-fledged Islamic banks and Islamic windows according to Jaroudi as he compared it to the less than 10% average growth of conventional banks.

The Bank Nizwa CEO outlined that the Omani Islamic banking operation continues to be sensitive to oil prices and that has had a negative impact on the country’s growth. Although it is “difficult” to estimate the share of the country’s Islamic banking operations under such circumstances, he pointed out that financing portfolio growth has been “remarkable” because Islamic banks have grown by more than 300% on an average against conventional banks 15% during the aforementioned period. Jaroudi was speaking to the Times of Oman.