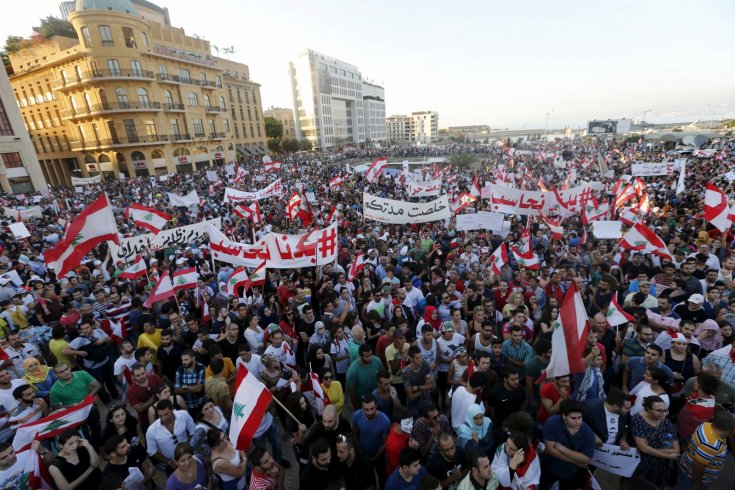 Protests in Lebanon have reached a new stage after the main organizers, You Stink movement, announced a 72hour ultimatum for the government to reach a sustainable solution to the garbage crisis, for Environment Minister Mohammad Machnouk to resign and for the organization of new parliamentary elections.

Since the protests started last week, the government has not officially reacted to the demands made by the campaigners even though it has worked towards solving the garbage crisis.

Rasha Halabi, a You Stink representative, told protesters gathered at the Martyrs Square on Sunday that “we are still in the beginning” and a post of the campaign group’s Facebook page read “Your time is up” in reference to political leaders already accused of corruption and prioritizing political interest rather than national interest. Protesters are also demanding better basic services.

The ultimatum announced by the campaigners will end on Tuesday but Minister Machnouk has downplayed calls for his resignation citing that he will not shy away from his duties and obligations during these challenging moments.

The parliament has not yet responded to the campaigners’ call for new elections. It has renewed its mandate twice without elections and has been unable to elect a president for almost 15months.

The cabinet, during its meeting last week, urged the Interior minister to coordinate with municipalities while it searches for alternatives to end the garbage crisis.

There have been fears that the movement will be politicalized but Jad Chaaban, an economics professor at the American University of Beirut, explained that the “mobilization…is not linked to any political movement” and that the movement united people who are disgusted by politicians.

While waiting for the ultimatum, You Stink organizer Lucien Bourjeily said Sunday’s rally was “a really big victory.”