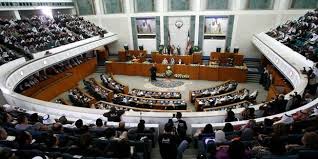 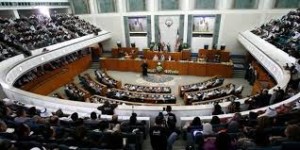 The fragile diplomatic ties between Tehran and Kuwait City that were marred with tensions last week may reach new levels after Hamad al-Harashani, head of the foreign relations committee at the Kuwaiti parliament, said Iran is the “true enemy” of the Gulf States and it is determined to “swallow” them up with their resources.

A gas field situated between the continental shelf of Kuwait, Iran and Saudi Arabia has been at the center of a major dispute and last week’s reports that Iran was planning to publish a brochure on investment opportunities on the part of the field it controls led to an official outburst from neighboring Kuwait.

The reported move should make it “clear to all that Iran is an enemy plotting to swallow up our states and resources and is the true enemy of the region” al-Harashani said in a statement.

Iran is a Shia dominated country contrary to most of the Muslim countries in the region especially in the Sunni-dominated Gulf States where Iran is considered as dedicated to their political destabilization.

Kuwait dismantled a “terrorist cell” this month which led to the discovery of large quantities of weapons and explosives. Reports have linked the cell to Hezbollah, a Shia militia group having close ties with Iran.

A bomb explosion in a predominantly Shia district of Manama, Bahrain, that killed a policeman and injured seven people was also linked to Iran. Bahrain’s information Minister Isa Abdulrahman Al Hammadi said the explosives were “very similar” to the ones seized by authorities last month which “came from Iran.” The bombing was condemned by regional states and organizations and Al-Harashani said it was “yet further evidence of Iran’s aggression.”

Iran has not reacted to Al-Harashani’s statement.