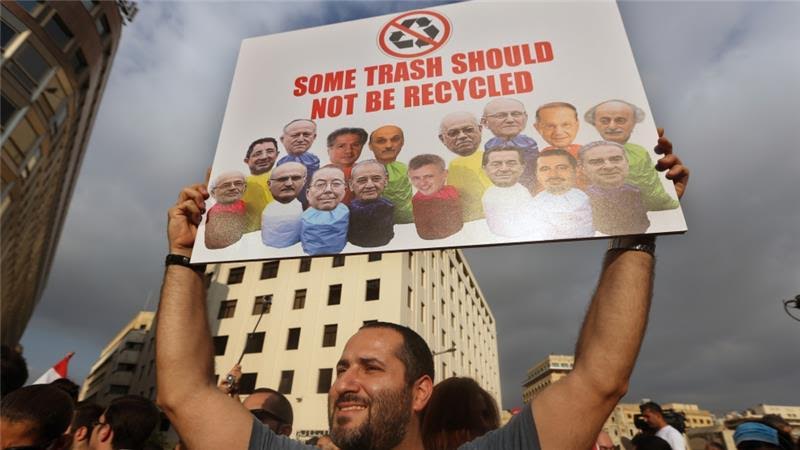 The Tuesday emergency cabinet meeting that was held in a bid to find a solution to Lebanon’s problems which are now dominated by the Beirut garbage crisis seems to make matters worse after Hezbollah’s six ministers and their allies left before it ended and the bids of garbage collection companies were rejected.

“You Stink” movement and several civil society associations staged huge demonstrations over the past weekend to call for the resignation of the cabinet which failed to find a solution to the garbage piling up throughout capital city Beirut and other Lebanese cities.

The demonstrations were marked by clashes between the protesters and police forces that reportedly left one person dead and at least 44 demonstrators and 30 police officers injured.

There are fears that the protests will be politicalized after Hezbollah issued a statement highlighting that peaceful protests are a legitimate right. It added that the garbage crisis showcases the “endemic and accumulated corruption of the past two decades” of authorities and claimed that policies were only meant to serve “personal and political interests at the expense of citizens.”

Foreign Minister Gibran Bassil, whose Free Patriotic Movement is aligned with Hezbollah, described the scenes surrounding the garbage crisis as a political “theater” which led to his withdrawal from the meeting.

At the end of the meeting, a statement from the cabinet lamented that the “high prices” of bidders forced the council of ministers to set up a ministerial committee to find “alternatives.”

Lebanon already pays some of the world’s highest per-ton waste collection rates and local media said the companies sought to raise prices further which prompted criticisms ahead of the meeting.

The Prime Minister’s proposal to use the Akkar region as a temporal dumpsite in exchange for $100 million in development projects was also met with a stiff response.

Lebanon’s social and political crisis has now evolved to include health issues and the country seems to be facing intertwined conflicts which have raised fears that it could soon be a failed state as political parties continue to disagree on all issues both at the parliament and at the level of the cabinet.