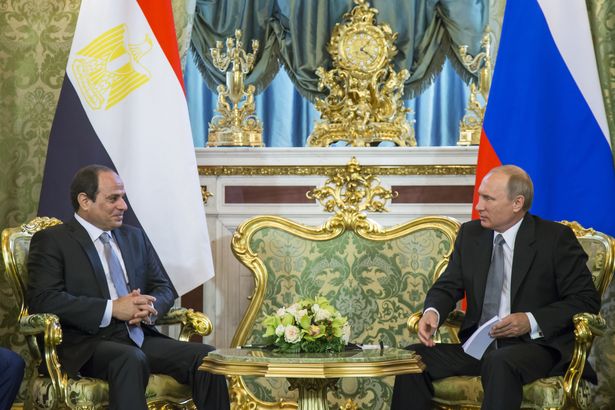 Egyptian President Abdel-Fattah el-Sissi started this Wednesday a new visit to Russia, his third official trip to this country in three months, showing the rapidly growing momentum in Egyptian-Russian relations.

According to press reports, the two countries leaders will discuss several bilateral cooperation projects, including plans to build a nuclear power plant in Egypt, global terror threats and latest developments in the Middle-East.

El-Sissi’s visit to Moscow shows his desire to enhance ties with Russia and clear out the atmosphere after the two countries’ relations strained following the ouster of Islamist President Mohammed Morsi.

It seems that Russia is expanding its influence in the Arab world as leaders from the United Arab Emirates and Jordan also travelled this week to the Russian capital at the invitation of President Vladimir Putin.

During these visits, President Putin and the Arab leaders discussed arms deals, partnership, the Syrian crisis and the vital role Moscow can play to restore peace in the Middle-east region.

Egypt, Jordan and the United Arab Emirates are all allies and close friends of Washington which might feel that Moscow is trying to set foot in its zone of influence, threatening thereby its strategic interests.