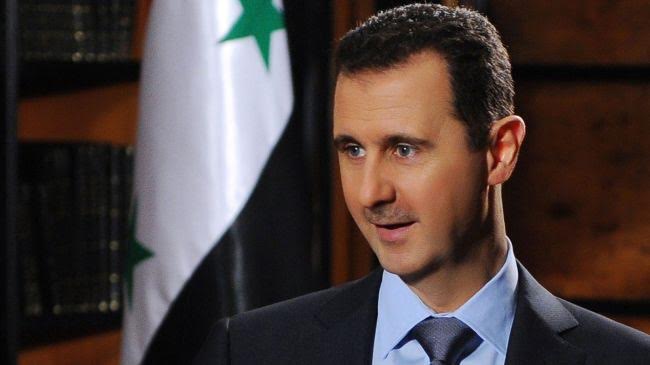 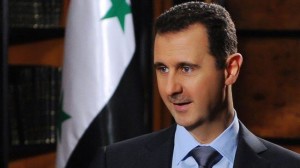 President Bashar Assad hailed his allies in the ongoing Syrian war, justified the presence of Hezbollah fighters in the country and questioned U.N envoy Staffan de Mistura’s position on the government’s fight against terrorists.

This came in an interview with Hezbollah’s al-Manar TV channel that was broadcasted on Tuesday night.

Analysts have often stated that Assad has been able to resist rebel attacks and avoid U.N sanctions because of the support he gets from Russia, Iran and Hezbollah.

Assad acknowledged that these three allies have been “beyond loyal” since the war began in 2011 and renewed the “strong confidence” he has in Moscow because they “have proven throughout this crisis, for four years, that they are sincere and transparent in their relationship.”

The Syrian president said Damascus and Tehran share the same goals because they are on the same “axis of resistance” which makes the power and victory of Iran that of Syria and vice versa.

Assad argued that “the assistance of Hezbollah” fighters to the government forces is legitimate because they arrived after “a request by the Syrian state – which is a legitimate state – in order to help defending the Syrian people.”

This is the first time the Syrian government revealed that it sent a formal request to the Shia militia group in Lebanon that has been very useful in pushing back rebel and Islamist groups especially along the Syrian-Lebanese border and in the Qalamoun region.

He stressed that “there is a big difference” between the foreign fighters who have joined rebel ranks and Hezbollah because the latter was invited by the state.

Assad praised “principled” Russian ally contrary to Washington that “abandons its allies, abandons its friends” and criticized de Mistura for condemning attacks on rebels that Damascus tagged as terrorists.