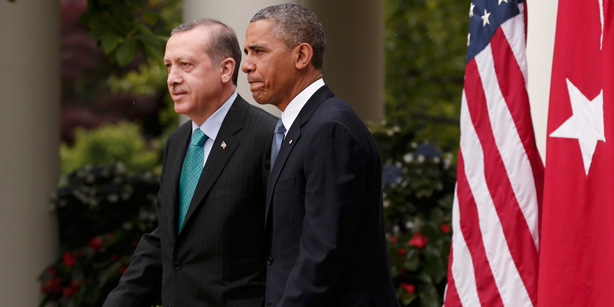 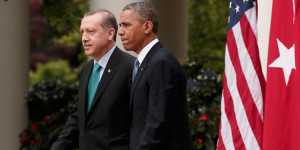 US officials announced Monday that President Obama has refused to have a meeting with Turkish President Erdogan on the sidelines of the UN General Assembly in September citing a busy schedule.

Erdogan told reporters after his trip to Indonesia earlier this month that he could meet President Obama during the UN General Assembly in New York in September or he might meet him earlier in August.

Officials at the White House suggested that the two leaders may meet during the G20 Summit scheduled for mid-November, in Antalya.

The last meeting between Obama and Erdogan dates back to May 2013 during which both leaders stated their common view on the removal of Syrian President Assad.

American and Turkish diplomatic ties are going through a difficult period. Even though Turkey, a NATO member, recently allowed the US to use its southern air-bases including the mammoth Incirlik Air Base after nearly a year long diplomatic negotiation, Washington and Ankara are still at odds on a number of issues.

Washington blames Ankara for not doing enough to clamp down on the flow of foreign fighters crossing the Turkish border into Syria in order to join the ISIL that the US and its allies are fighting in Syria and Iraq. The Obama Administration also criticizes Ankara for delaying its participation in the campaign against ISIL. Ankara took actions against the jihadist movement only after a suicide bomb attack killed 33 young Turks near the Syrian border.

Besides, the two allies are opposed on Turkey’s demand to create a buffer zone in Syria. Washington says such a zone will put the fate of the Syrian refugees at risk.

Friday, US Defense Secretary Ash Carter said the US needs Ankara to step up its efforts to control its long border with Iraq and Syria. While he hailed Ankara’s choice to allow the US to use its air base, Carter however said “it was not enough.”

Ankara has been very critical about Washington and has been reluctant to engage fully in the campaign against ISIL because of US support for Syrian Kurds. Ankara argues that US backing and equipment to Syrian Kurds can lead to the formation of a Kurdish political zone in northern Syria which may generate a separatist aspiration that may spill into Turkey.

The US has always denied supporting a Kurdish separatist aspiration in a bid to dispel its NATO ally’s concerns.

Other diplomatic sources indicate that Obama’s refusal to host his Turkish counterpart may be explained by his disdain of Erdogan’s arrogance and authoritarian style of governance.