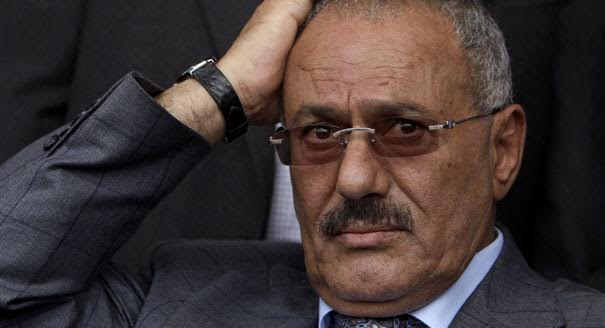 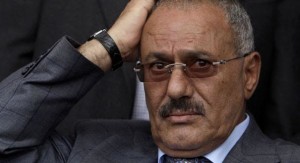 During celebrations marking the 33rd anniversary of the People’s Congress Party, former Yemeni President Ali Abdullah Saleh called for reconciliation and peace in Yemen but warned its “bad neighbor” that it is responsible for the conflicts in the country.

Relief organizations have highlighted that Yemen dearly needs humanitarian aid as the crisis shows no signs of ending soon although armed groups backed by the Saudi-led coalition have been pushing the Houthi Movement and its allies backwards.

Saleh told delegates at the anniversary that a “brave reconciliation” between conflicting parties was necessary to end fighting in all the provinces. He has been accused of supporting the rebels in what was described by the Hadi government as a “coup against the legitimate authority by forming an alliance with Houthi armed group.” Saleh left power unceremoniously in 2011 during the Arab spring protests that swept the Arab States.

The former president sent a strong message to the Saudi-led coalition saying that “we shall use means of response that are unknown to you or your experts, studies centers or drones” without elaborating any further. He also pinpointed Riyadh as a “bad neighbor” responsible for “causing all the wars in Yemen.”

Saudi Arabia stated at the beginning of the coalition’s operations that it was responding to a request made by President Hadi who had fled Yemen to seek refuge in the Kingdom.

The Saudi-led coalition airstrikes have helped to regain control of cities that were under the Houthis control but there are emerging concerns that al-Qaeda is also using the opportunity to position itself in several strategic parts of Aden. The group has been increasing its activities in the city but it is unclear if it will win the support of the population.