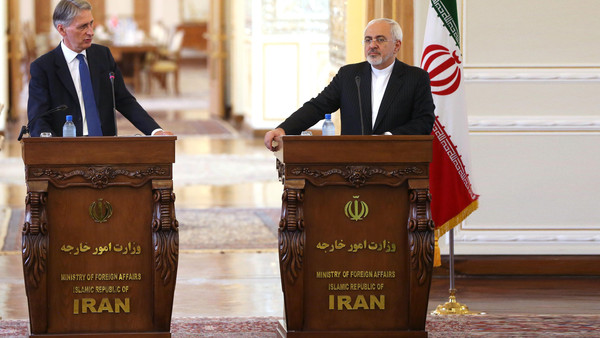 The British foreign secretary indicated Monday UK will remain wary about Iran even though diplomatic relations between the two countries have been warming up with the re-opening of the British embassy in Tehran after four years of shutdown.

After re-opening the British diplomatic representation in Iran Sunday, foreign secretary Mr Hammond told the BBC that London still needs to be cautious of Tehran as the two countries still have uncommon views on some major issues such as human rights.

“We should tread carefully. There’s a deep legacy of distrust on both sides and we have major areas where we have very substantial policy differences,” Hammond said.

Diplomatic ties between Iran and UK deteriorated four years ago as protestors stormed the British embassy and destroyed the facilities.

Relations between the countries have started warming up after the Iran notched a deal with five permanent members of the UN Security Council plus Germany last July.

The historic deal demonized by Israel and Gulf states has laid a red carpet for Iran into the community of nations.

Though indicating that London still needs to be caution about its relations with Iran because of disagreement on some major issues, Mr Hammond said Tehran and London have a common and defined stance against terrorism and the need to eradicate ISIL.