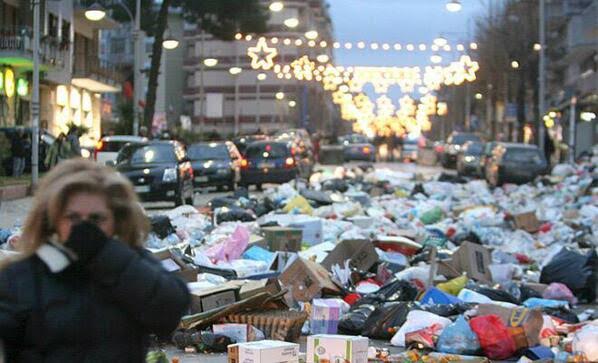 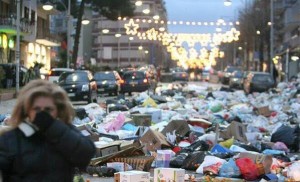 The slow response of Lebanese authorities to find a solution to the disposal of garbage in the capital and some other cities has led to a mass protest calling for the government to resign. Since last month, garbage have been piling up in the streets prompting protests on Sunday in what organizers described as a revolution against a corrupt system.

The protests started some few hours after Prime Minister Tammam Salam issued a televised statement hinting that he would resign if the cabinet fails to reach an agreement on crucial issues amongst which is the tender for a new refuse collection company. He said that if the current disagreement continues among rival parties in the cabinet, “there would be no necessity for the government after it.”

There have been protests over the garbage issue but the gathering on Sunday was the largest.

Salam warned that the garbage crisis will be “the straw that breaks the camel’s back” but warned that “the story is much bigger than this straw” because it also includes the “political garbage… and political trash in the country.”

Prime Minister Salam had already warned that the government is “going towards collapse if matters continue” and that he “will not be a partner” to it. “Let all officials and political forces bear their responsibilities,” he said.

The online movement “You Stink,” one of the protests organizers issued a statement on Sunday afternoon stating that “patience has run out” and Salam must resign immediately. Civil society groups are also part of the organizers.

Protests were expected to continue on Monday but were cancelled after a demonstrator died early Monday following clashes between the protesters and the police which used clubs, water cannons and tear gas to disperse the demonstrators as they tried to break through barbed wires to get to the government’s headquarters.

Lebanon has been without a President for more than 14months due to the rivalry between the political parties. The parliament should elect the president but there have been systematic boycotts by the rival parties.