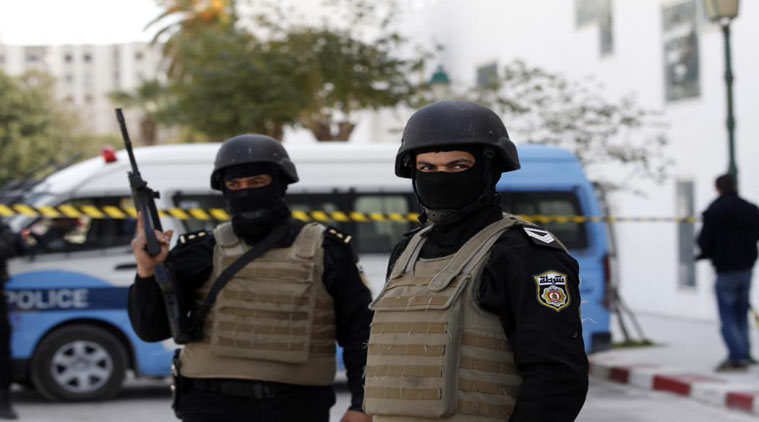 Tunisia was hit this weekend by another jihadist attack which claimed the life of a national border guard and wounded three others, showing the terrorists’ determination and relentless efforts to sow chaos in the North African country.

The attack comes few days after a Tunisian policeman was shot dead by two assailants on a motorbike in the coastal resort of Sousse where 38 foreign tourists, including 30 Britons, were massacred last June by a terrorist.

Tunisia is in state of emergency since that massacre, which followed an attack by gunmen on the Bardo museum in the capital Tunis on 18 March that cost the lives of 21 foreign tourists and a policeman.

After the Sousse attack, Tunisia tightened security measures, armed tourist police and started building a security wall with neighboring Libya where terrorists get weapons and training.

According to UN experts estimates, there are about 1,500 Tunisian fighters in Libya, 60 in Mali and 50 in Yemen besides their high number in Syria and Iraq.

As many as 3,000 Tunisians, most of them men under 30, are believed to have joined the Isis battles, making Tunisia, this small North African country of 11 million people, the largest source of foreign fighters of the Islamic State.

The terror threat has badly affected Tunisian economy. Tunisians had hoped parliamentary and presidential elections late last year would pave the way for stability and economic take-off. Instead, consecutive terror attacks have led the authorities to revise down their growth forecast to less than 1 per cent.

Since its 2011 revolution, Tunisia has faced an upsurge in jihadist violence that has cost the lives of several innocent people and dozens of soldiers & policemen.