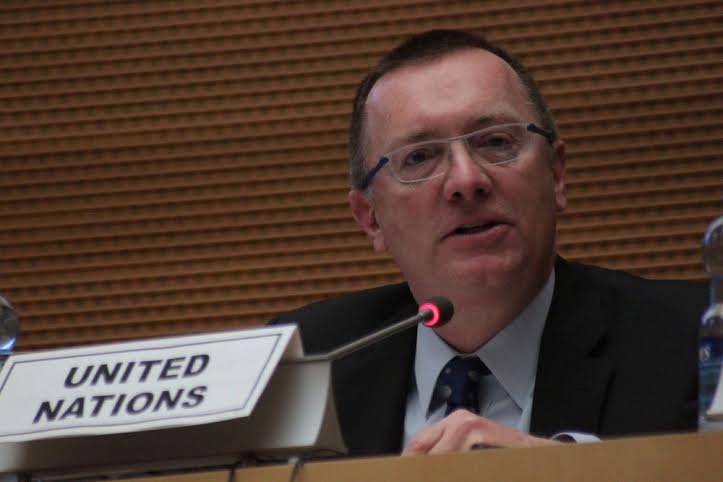 U.N political affairs chief Jeffery Feltman has informed the Security Council that “a chronic lack of adequate law enforcement” is fueling escalation between Israeli settlers and Palestinians as he warned that a new flare-up of hostilities cannot be minimized.

U.N has raised eyebrows over Israel’s latest decisions to curb violence warning that such decisions could instead worsen the situation with the Palestinians.

Feltman said the “administrative detention” that was mainly aimed at Palestinian militant suspects and extended to Israelis at the beginning of the month is not the solution to curbing violence as he called for detainees languishing in Israeli prisons to be charged or released. Israel’s practice is unpopular with the international community.

Tel Aviv lately added stone throwers to those who could be subjected to up to 20years imprisonment. Prisoners and detainees who are also on hunger strike would be forcefully fed. U.N lamented that such moves are contributing to an “already-precarious human rights situation.”

The U.N political affairs chief said attention should be given to “the underlying human rights concerns, including prolonged administrative detention, which lead prisoners to such extreme protests.” He explained the latent violence between the Israelis and the Palestinians by the environment created as a result of Israel’s decades-long policy of illegal settlement activities.

Last year, Hamas and Israel fought a war and Feltman warned that “the risk of escalation” is still “palpable” as “unconscionable crimes of hatred by extremist elements, reprehensible retaliatory violence, provocations at Jerusalem’s holy sites, and a worrying increase in rockets launched from Gaza towards Israel” occurred in July.

Israel hardened its position on Jewish extremists after an arson attack on a Palestinian home killed a baby and some members of his family.