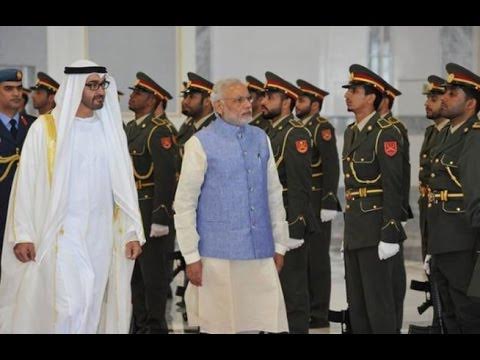 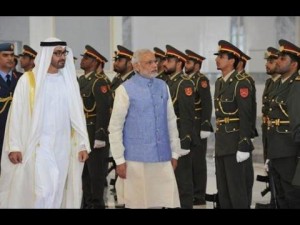 The 48hour visit of the Indian Prime Minister to the United Arab Emirates ended on a high note with joint statements highlighting their determination to further strengthen their ties and venture into new sectors with the establishment of a “strategic security dialogue” and the promotion of strategic partnership in diverse domains.

Investment was one of the focus areas of Prime Minister Narendra Modi’s visit. He announced a trillion dollar investment opportunity after talks with Emirati government officials and CEOs of major companies.

The two countries also decided to promote trade and use their respective locations and infrastructure for expanding exchanges in the region and beyond, the goal being to increase trade by 60% over the next five years.

UAE is India’s third-largest trade partner and Economy minister Sultan al-Mansoori told Bloomberg that Emirati investors still face stumbling blocks in India in matters of regulations and business environment. Yet, he noted that “the UAE could be a partner in part of this future growth of India” while pointing out that “tourism has a great potential” that needs to be explored.

The two countries have agreed to establish a $75billion fund to tap into investment opportunities in India’s infrastructure sector especially railways, ports, roads, airports, industrial corridors and parks. Indian companies will also have the opportunity to venture into similar projects in the UAE. The two countries will cooperate in the promotion and development of the energy sector and petroleum reserves.

The joint statement released at the end of the visit highlighted the two sides’ resolve to collaborate and share information to suppress “radicalization activities” and “illegal flows” to assure “social harmony.” Their security forces will hold regular exercises and training and senior security officials will meet every six months.