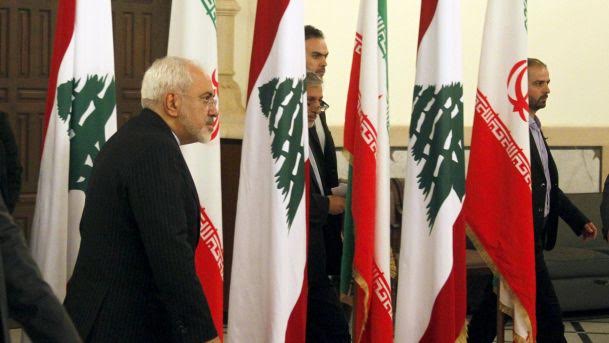 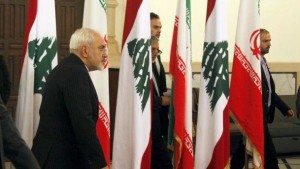 His Lebanese counterpart Jebran Bassil hailed it as a visit of ‘three victories.’ Zarif’s visit was part of a second regional tour meant to reinforce the cooperation between Tehran and countries in the region in the morrow of the deal on the Iranian nuclear program.

Lebanon, entangled in a leadership crisis, has been without a president for more than 14months and Wednesday’s parliamentary session to elect one was postponed because the quorum was not met.

Zarif said Iran will “not meddle in internal Lebanese affairs and neither should other countries” but said they are willing to engage in “all forms of cooperation” with Beirut.

Hezbollah has close ties with Iran and its Secretary General Sayyed Hassan Nasrallah met with Zarif during his visit. There are allegations that Tehran contributes to the arming and financing of the group. He also met with Speaker Nabih Berri and Defense Minister Samir Moqbel.

Lebanese foreign minister Jebran Bassil considered the visit as an important one that renews the 2006 “victory of Lebanon’s resistance against Israel,” highlights “the victory of dialogue against international isolation” after the nuclear agreement and finally “the victory against the takfiri threat.” He said Beirut supports “dialogue in bolstering openness” and underlined their solidarity with Iran against the challenge posed by the takfiri.

Zarif hailed Lebanon as “a symbol of dialogue and constructive cooperation” together with its diversity and reiterated that Tehran had “demonstrated that the use of force and sanctions cannot solve regional conflicts.”

After Lebanon, he headed to Damascus to continue his tour while stating that “Iran extends its hands to neighboring countries for cooperation.”