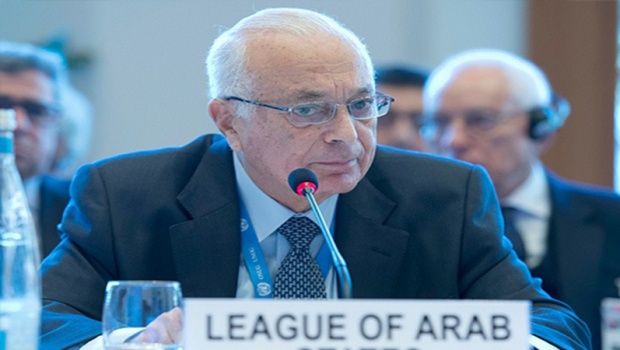 Ankara rejected comments made by Arab League Secretary General Nabil al-Araby that questioned the airstrikes against the Kurdistan Workers’ Party (PKK) urging him to “support the fight against terror, rather than terrorism itself.”

Nabil al-Araby had questioned the worth of the airstrikes against the PKK and urged Turkey and Iraq to increase their cooperation in order to maintain peace in both countries while respecting each other’s sovereignty.

Last week, Iraq said the Turkish operations are a violation of its sovereignty and could lead to dangerous escalation.

Al-Araby’s statement was rejected and condemned by the Turkish Foreign Ministry, which called on him to “support the fight against terror, rather than terrorism itself.” Turkey considers the PKK as a terrorist group.

Qatar distanced itself from the Secretary General’s statement because it said it was not consulted. It showed its support to Turkey’s right to self-defense against imminent threats.

Russia is also concerned about the ongoing Turkish airstrikes comparing them to the U.S led coalition against the Islamic State of Iraq and the Levant (ISIL) which bypassed the U.N Security Council to seek the approval of the government in Baghdad and which recently extended its operations into Syria.

The E.U on its part urged for the use of proportional force and a return to negotiations with the PKK.

Zübeyir Aydar, a Europe-based leading figure in the PKK, said the U.S should head talks between Turkey and the PKK because the ongoing “conflicts jeopardize the struggle against ISIL.” He accused Turkey of having “friendly bonds” with the Islamist group claiming that only the YPG (People’s Protections Units) and the HPG (People’s Defense Forces) are fighting against ISIL. According to Aydar, Turkey is trying to weaken Kurdish forces in order to enable ISIL gain the upper hand.