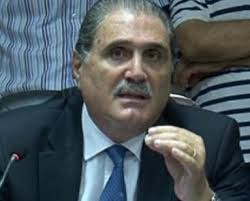 Lebanon’s Political parties have started blaming each other on the eve of another cabinet meeting that is most likely to end without any major decision since rival political parties refuse to agree on the matters that should be prioritized on the agenda.

One of the major issues is the appointment procedure of senior administrative and military officials after more than a year without a president.

The two rival blocs vying for the presidency position have been tussling over the appointment procedures to adopt because of the influence high-ranking military and security officials have in Lebanese politics.

The Change and Reform bloc led by MP Michel Aoun had its weekly meeting on Tuesday and defended that the appointment of the officials are part of the government’s responsibilities even in the absence of a president while former minister Salim Jreissati, also a member of the party, added that “it seems that the atmosphere of consensus has returned” to the cabinet and the session on Wednesday will be “the first test.” Jreissati said those against it should return to their “national conscience and revive the powers of the cabinet” in order to pave the way for the appointments. “No one can pressure us politically regarding our principled stances,” he however said.

Ministers of Aoun’s Free Patriotic Movement said the term of the officials have ended as they argue for the appointment of new ones to be prioritized on the agenda. They claim that the extension of their terms will be illegal.

Meanwhile, the political stalemate is slowly turning into a health hazard for the population as a garbage crisis begins. The closure of the Naameh landfill on July 17 has filled the streets of Beirut, Mount Lebanon with uncollected garbage.