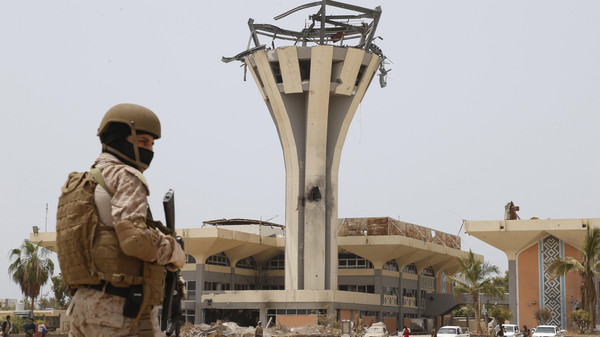 Brigadier General Ahmed Assiri, a spokesman of the Saudi-led coalition, has stated that President Hadi’s government would be willing to hold talks with the Houthi Movement to return to Sana’a but if the latter is reluctant, they will be forced out.

He said the coalition is acting on a “step by step” basis to reinstall Hadi back to power and welcomed investigations, with the approval of the Yemeni government, into allegations made by Human Rights Watch (HRW) that possible war crimes actions were committed.

The first major territorial gain of the coalition was the ousting of the Houthis and their allies from Aden with the help of the Southern Resistance forces this month. Some senior members of the Hadi government arrived in Aden on 16th July to prepare the ground for the transfer of the government’s base from Riyadh to the city. Aden was the last city where Hadi sought refuge before fleeing to Saudi Arabia but the southern port city will now be “the first step” for reestablishing the government by rebuilding military and security capabilities and maintaining stability in cities according to Assiri.

The Houthis continue to control most of the northern part of the country and it seems as if the coalition hopes to get them lay down their arms peacefully after Assiri mentioned that“if the Houthis get out of Sanaa through peace talks” rather than “keep controlling” it, the“legitimate government” would not have to force them out even though it has the right to.

The Houthi Movement claims to be revolting against a corrupt government and Sunni Islamist militants but a recent HRW report claimed that since the crisis began, there have been acts that could possibility be considered as violations of the laws of war by both the Houthis and the coalition.