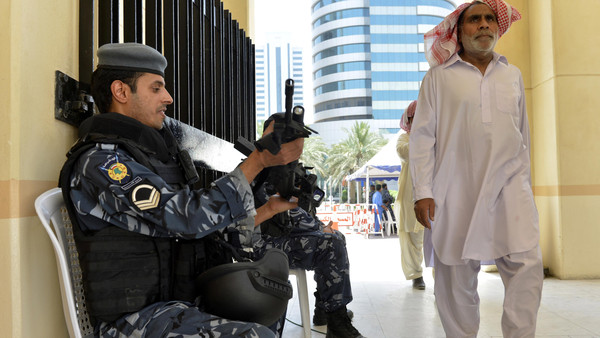 A group of ISIL militants preparing attacks had been arrested by the Kuwait authorities, KUNA state news agency reported on Thursday.

As June 26 bombing crackdown continues, Kuwait security authorities nabbed in separate operations a network of ISIL militants who had reportedly fought in the ranks of the radical group in Syria and Iraq.

The suspects, including five Kuwaitis, have been handed to justice for prosecution.

The interior ministry said the individuals admitted receiving lessons in the “science of a terrorist organization” and military training.

“They were involved in fighting operations in both Syria and Iraq,” the statement from the interior ministry said.

The small Gulf country was victim of its first terrorist attack on June 26. A bombing at a Shiite-majority mosque left 26 people dead. IS Jihadists claimed responsibility of the attack.

Authorities launched a major crackdown on the group in the country where Shiites and Sunnites have been living peacefully.

Authorities arrested 29 people linked with the attack this month. The suspects include seven Kuwaitis, 13 illegal residents, five Saudis, three Pakistanis and a fugitive whose nationality has not been disclosed.

They were arrested in possession of explosives and accused of incitement to violence and involvement in extremist activities.

Kuwaiti officials previously identified the suicide bomber in the attack as Fahad Suleiman Abdulmohsen al-Qabaa, a Saudi man in his early twenties who landed in the country just hours before the attack.