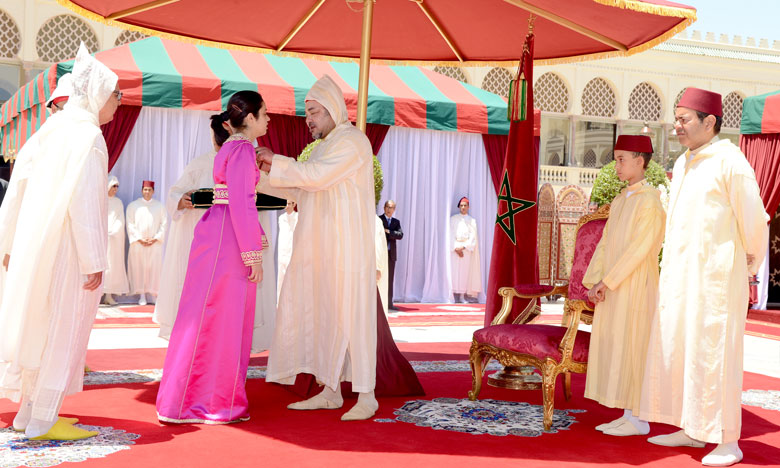 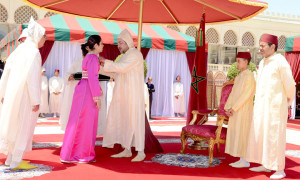 Morocco’s King Mohammed VI renewed his repeated calls for a deep reform of the educational system in his country, pointing out that the rehabilitation of education is crucial in achieving development and ensuring social openness and emancipation and most importantly, it is a shield against ignorance, poverty, fanaticism and reclusiveness.

“The rehabilitation of education remains pivotal in achieving development and is key in ensuring social openness and emancipation. It shields both society and individuals from ignorance, poverty, fanaticism and reclusiveness.”

The king’s call came in the speech he delivered on Thursday on the occasion of the anniversary of his enthronement sixteen years ago.

After he acknowledged the shortcomings of state-run schools and their inability to achieve their educational and development mission, King Mohammed VI recalled the attempts made to develop a comprehensive strategic vision to reform the education system in Morocco and insisted that “this reform should be formulated as a national, binding contract-based policy, by means of a framework law that sets out the long-term vision and puts an end to the vicious circle of reform for reform’s sake.”

Although Morocco devotes 5.4% of its GNP to the sector of education, results are very poor and the level of Moroccan pupils, compared to other developing countries, is relatively low. Despite efforts to improve the quality of learning, the results of international and national surveys indicate low levels of learning. A study conducted by the Ministry of Education in 2014 concluded that Moroccan students do not have the required level in science particularly mathematics.

King Mohammed VI who pointed out that Moroccans want for their kids an appropriate education, based on open-mindedness, critical analysis and foreign languages acquisition, rejected allegations that openness to foreign languages and cultures will undermine national identity.

“Moroccan identity, thank God, is deeply-rooted and diversified, with both European and African components,” he said, recalling that the Moroccan Constitution “advocates the learning and mastering of foreign languages as a tool for communication with the knowledge-based community and for interaction with modern civilization.”

“No selfish or politically-motivated considerations should be allowed to interfere with any education reform – under the pretext of safeguarding national identity – as that might jeopardize the future of the coming generations,” he said, insisting that “the education reform must be aimed primarily at enabling students to acquire knowledge, skills and national and foreign languages, particularly in scientific and technical curricula, in order to be active members of society.”

The King, insisting on the need to preserve authentic Moroccan identity, thereby implying the rejection of terrorism and religious extremism, deemed “it is a national duty and a religious obligation for you (Moroccans) to safeguard your identity and remain committed to the Sunni, Maliki rite that the Moroccan people have inherited from their forefathers.”

After he recalled the sacrifices made by Moroccans during the First and Second World Wars in several parts of the globe for the triumph of the universal, human values, the sovereign warned “today, in keeping with the same values, we are fighting against extremism and terrorism.”

Moroccan traditions and cultural values are rooted in tolerance and moderation, he said, urging Moroccans not to let anyone from outside the country give them lessons on how to live their faith.

“And although I respect all revealed religions, let me say this: do not accept anyone’s invitation to embrace a different rite or faith, be it from East or West, North or South. I want you to reject any attempt to sow the seeds of division, and to remain – as always – deeply committed to the unity of your rite and to your sacred values, and to be proud of your faith and of belonging to this nation,” said the King.