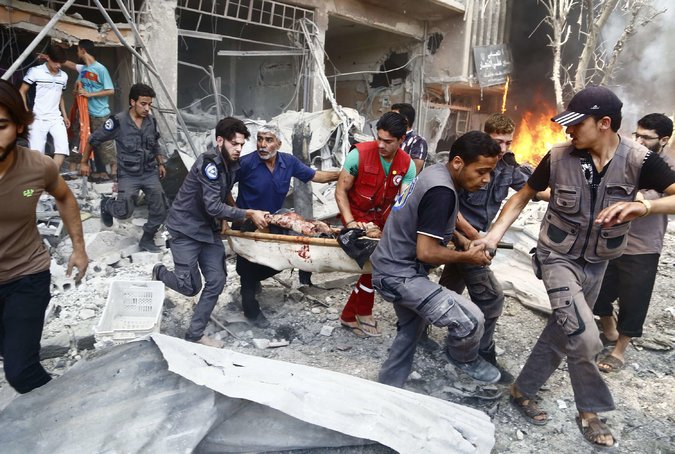 UN envoy in the Syrian crisis laid out Wednesday a new plan based on four key points to end the four-year unprecedented civil war that has so far killed around a quarter million people.

A third war-end plan was tabled Wednesday by the new mediator Staffan de Mistura who briefed the UN Security Council about his new plan to get Syria out of the stalemate after two unsuccessful plans.

The new plan will set up UN-led working groups and will also engulf the warring sides which have failed to make concrete gain at previous talks.

“Sadly there is still no consensus on the way forward,” Staffan de Mistura told the U.N. Security Council.

De Mistura told the Security Council that the UN-led working groups would constitute interesting platforms for Syrian to come up with their own framework document based on the Geneva Communique.

He also indicated that the Syrian warring parties failed to make process in the peace talks due to the unanswered issue of devolution of executive authority to a transitional body.

“While common ground exists (between the Syrian parties), the questions over devolution of executive authority to a transitional body, let’s be honest with ourselves, remains the most polarized element of the Communique,” de Mistura said.

Before proposing the new plan, the UN envoy made months-long consultations with different direct or indirect actors in the conflict. He met with the Syrian Minister of Foreign Affairs to discuss a political way out to the conflict.

Meanwhile the UN Secretary General, Ban Ki-Moon urged the members of the Security Council to endorse and vote the new plan. He also indicated that the Geneva Communique should be the springboard of all talks and plans to end the four-year long conflict.

Syrian warring sides first met in 2012 in the Swiss city Geneva for direct talks under the auspice of the international community.

Syria has plunged into civil since 2011 following the Assad regime crackdown on the democratic uprising “Arab Spring”. As the political parties failed to make headway to solve the conflict, radical groups, including ISIL, al-Qaeda and other Jihadist groups, made gains and conquered vast swaths of the country.