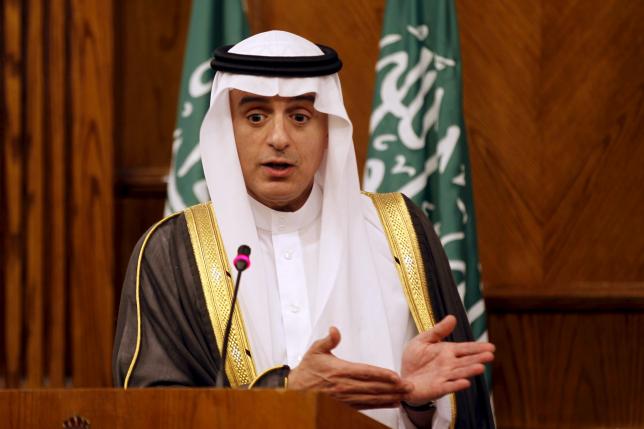 Saudi Arabia’s foreign minister Adel al-Jubeir pointed out that Tehran is still showing“hostility” towards regional countries and that Iran’s actions do not show any will to have good relations with its neighbors.

“Iran’s actions do not reflect the desire of a state seeking neighborliness relations but rather that of a state which has aspirations in the region and which carried out hostile act like this,” the Foreign Minister said during the joint press conference that followed his meeting with European Union foreign policy Chief Federica Mogherini.

He did not elaborate on the hostile act he was referring to but he did say “we reject their comments and reject the hostility they show towards the Kingdom of Saudi Arabia and the countries of the region.”

Iran’s supreme leader, Ayatollah Ali Khamenei stated after the nuclear agreement was signed that the pact would not affect the country’s regional policies and that supporting Hezbollah, Assad’s government and Shias in Bahrain and Yemen will not be halted. Saudi Arabia considers Bahrain and Yemen to be part of its security perimeter and that makes it heavily concerned about Iranian actions in these countries. Saudi Arabia also considers Iran as one of the main actors that support destabilization in the region because of its support to Hezbollah and Shia militia groups.

The European Union foreign policy Chief visited Saudi Arabia to reassure Riyadh that the nuclear agreement between Iran and the P5+1 does not pose a threat to the region.

After Saudi Arabia, Mogherini flew to Iran Tuesday. Her talks with Iranian Foreign MinisterMohammad Javad Zarif and other senior officials are expected to focus on regional issues including the Yemen war considered as a proxy war between Tehran and Riyadh.

Foreign Minister Zarif has just conducted a three-nation regional tour to promote cooperation, security and the fight against terrorism in the region. The tour took him to Kuwait, Qatar and Iraq