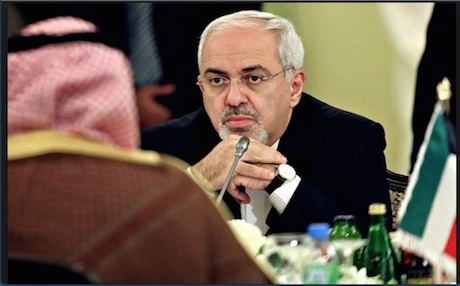 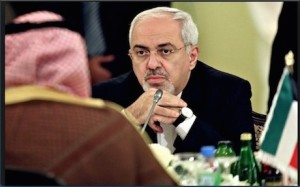 Iran’s foreign Minister Mohammad Javad Zarif arrived in Kuwait on Sunday for his first stop in a three-nation regional tour and held talks with acting Kuwaiti Prime Minister and Foreign Minister Sheikh Sabah Al-Khaled Al-Hamad Al-Sabah on bilateral cooperation, regional and international matters of common interest including the agreement sealed by Iran and the P5+1 regarding the Iranian nuclear program.

He is expected to convey to the Emir of Kuwait a message of friendship and brotherhood from President Rouhani. Emir Sheikh Sabah Al Ahmed Al Sabah had paid an official visit to Iran last year.

Zarif’s tour that also includes Qatar and Iraq is seen as a significant diplomatic effort to reassure Gulf States about Tehran’s regional policies. He would inform officials about the nuclear accord and discuss ways to improve cooperation and fight terrorism.

Regional stability and security is a permanent demand of the Islamic Republic of Iran, and its maintenance and reinforcement requires cooperation especially with neighboring countries, Zarif said.

Tehran has often been accused by some countries in the region of supporting terrorist groups.

Iranian Deputy Foreign Minister for Arab and African Affairs Hossein Amir-Abdollahian said the “fight against extremism and violence as well as the strengthening of regional ties are a fundamental necessity to achieve sustainable development and security in the region.”

Zarif’s tour will not take him to Saudi Arabia, one of the main regional powerhouses. Saudi continues to be doubtful of Iran’s regional plans especially after the nuclear agreement. Although the agreement has been hailed as historic in some quarters after years of negotiations, critics believe that it has paved the way for Iran to become nuclear militarily even though it claims that the program is for peaceful purposes.