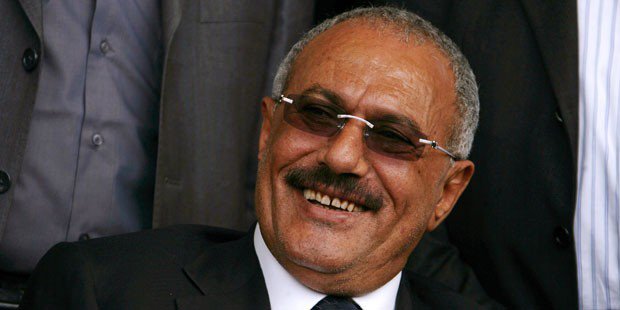 Secret talks are reportedly being held in Cairo between representatives of former Yemeni president Ali Abdullah Saleh and diplomats from the United States, Britain and the United Arab Emirates.

The objective of the talks is to end the war in Yemen as it is widely known that Saleh continues to be influential among the country’s security forces and still enjoys their loyalty.

The secret talks seem to sideline the Houthi Movement. Adel Shuja, a leading figure of the Congress party headed by Saleh, actually said the “negotiations” are “between the leaders of the Congress party and diplomats from the United States, Britain and the UAE in order to find a peaceful solution to the crisis in Yemen and to lift the siege on the grounds” and that “the continuation of the war and the siege serve extremist groups.”

Fighting in Yemen has been going on for several months and it intensified when the Saudi-led coalition was launched in March to reinstate the self-exiled government led by Hadi as the legitimate government.

Shuja said the “negotiations have made significant progress so far” without giving details about the conditions surrounding the talks. His statements coincide with the registration of major gains in the south by pro-Hadi forces especially in Aden.

It is unclear if forces loyal to Saleh are still fighting on the sidelines of the Houthi Movement.

Mr Saleh, a wily political operator who played Yemen’s rival armed and tribal groups off each other for 33 years, enjoyed Gulf support until the Arab Spring unrest forced him to resign in 2012.

Officials from the U.S, Britain and the UAE are yet to confirm the ongoing talks which would make it the first between the former president and a key member of the Saudi-led coalition opposing him.