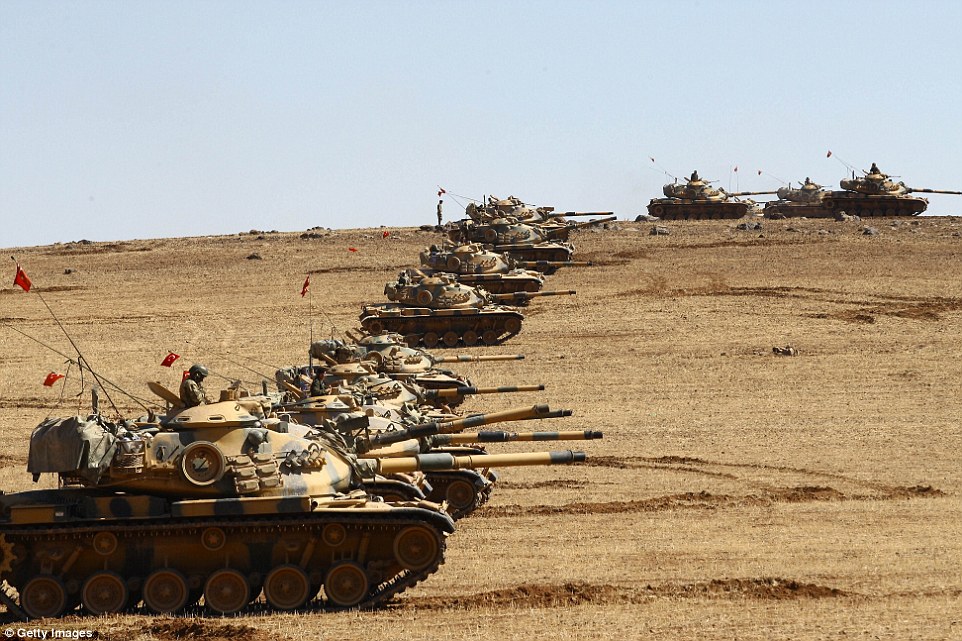 Turkey has deployed members of its Special Forces Command along the Syrian border controlled by the militants of the Islamic State of Iraq and the Levant (ISIL) and the pro-Kurdish Democratic Union Party (PYD).

The Special Forces are positioned in the border provinces of Kilis, Hatay, Gaziantep, Şanlıurfa and Mardin. The deployment of the Special Forces are part of security measures undertaken by Ankara after a bomb attack in the border town of Suruç on Monday killed more than 32 people gathered to travel to Kobani to help rebuild the Syrian town after a major ISIL assault.

The attack is believed to be a suicide bomber linked to ISIL.

The government is also considering a new physical security system along its border with Syria in a bid to restrict the movements of extremist fighters into its territory. Deputy Prime Minister Bülent Arınç told reporters after a cabinet meeting on Wednesday that “the critical issue here is preventing passage of terrorists [into Turkey] and taking physical measures along the border against the IS threat.  A physical security system will be established along the border.”

According to media reports, the physical security measures would include a 3.5-meter-high concrete wall with wire fences, security lights and cameras along the 911kilometre border.

The cabinet also discussed steps to take against ISIL since the group is strongly believed to be behind the attack. Prior to the attack, National Intelligence Organization (MİT) warned that the extremist group was preparing to carry out suicide attacks in the country especially in Kurdish towns.

Meanwhile, Kurdish militants have killed two Turkish police officers in retaliation for the Suruç attack as they hold Ankara responsible for the bombings.