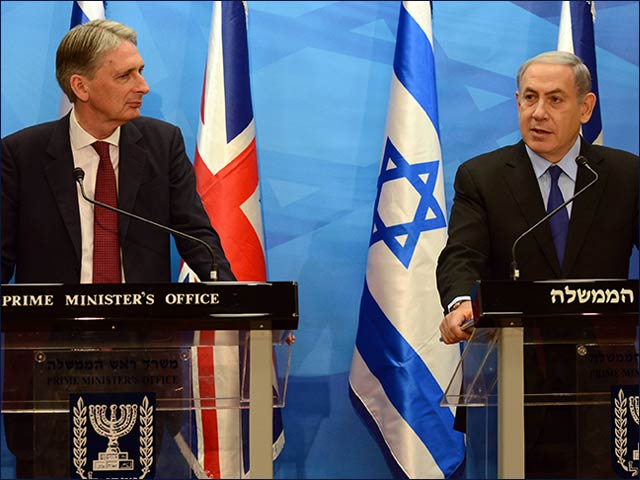 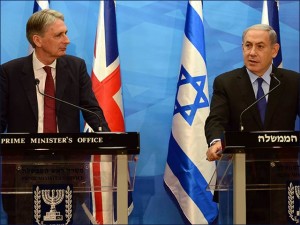 A traditional diplomatic press conference on Thursday turned out to be a spat between Prime Minister Netanyahu and British foreign secretary Philip Hammond as they disagree over the nuclear agreement reached between Iran and the P5+1.

After having read from prepared scripts during the press conference, an off-script exchange of words began when Netanyahu raised Israel’s concerns about the deal with Iran but Hammond responded that the agreement was centered on the Iranian nuclear program and not about the region.

A day before their meeting in Jerusalem on Thursday, Hammond told the British House of Commons that Israel is interested in a “permanent state of standoff” in the nuclear negotiations and doesn’t want any deal with Iran.

Netanyahu replied to his comments on Thursday saying that Hammond’s assessment was wrong and Israel “wouldhave wanted to see a deal that says the following: ‘Iran, you will get the easing on the restrictions on your nuclear program, and you will get sanctions relief if you change your behavior first.’ ”

Hammond replied that they “are not naïve” about the agreement with Iran because “we understand that our many disputes with Iran about its regional conduct will remain, and will have to be dealt with in the months and years to come.’’

Netanyahu termed the agreement on the Iranian nuclear program as “a bad deal.” He claimed that lifting the sanctions will enable Tehran to increase its support to militant groups like Hamas and Hezbollah. The British foreign secretary believes that the deal will help moderate Iran and bring it closer to the international community.

Israel declared that it was not tied to the agreement while Iran has warned that attacking its nuclear plants is equivalent to a war declaration.