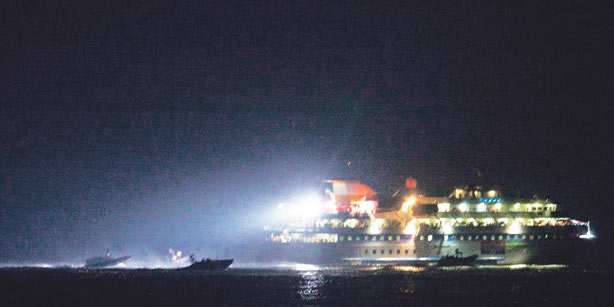 Judges at the Hague-based International Criminal Court rejected on Thursday the Chief Prosecutor Fatou Bensouda’s November decision not to probe the Israeli raid on Turkish Mavi Marmara ship and demanded that the court reopens the case.

Nine Turkish sailors and activists lost their lives in 2010 when Israeli commandos raided the Mavi Marmara, the lead ship of six civilian ships of the “Gaza Freedom Flotilla” in international waters in the Mediterranean Sea. The flotilla was attempting to break the Israeli blockade on Gaza.

On Thursday, three judges at the court Joyce Aluochd, Cuno Tarfusser and Péter Kovács rejected the decision and demanded that the court revisit the case. The judges deemed that the case was of “sufficient gravity” to justify further ICC action.

The judges said in a statement that Bensouda did not take into account events that occurred outside of the court’s jurisdiction — notably the treatment of prisoners once they arrived in Israel — when determining the gravity of the case. The judges added that the Prosecutor “committed material errors in her determination of the gravity of the potential case.”

Though the case was classified in November 2014, Comoros in January this year asked the ICC’s judges to review Bensouda’s decision. One of the boats targeted by the Israeli raid was registered in Comoros, an Island in the Indian Ocean.

He charged the court of hypocrisy, turning a blind eye on “atrocities” committed by the Assad and the Iranian regimes against their own citizens.

“At a time when Assad in Syria is slaughtering tens of thousands of his own people, when Iran is executing hundreds and Hamas in Gaza is using children as human shields, the court chooses to deal with Israel for cynical political reasons,” he slammed.

“Against this hypocrisy our soldiers will continue to protect us in the field and we will defend them in the international arena,” he said.

The raid had strained relations between Israel and Turkey, both non-member of the criminal court, for a long time before Tel Aviv signed a compensation deal with Ankara.