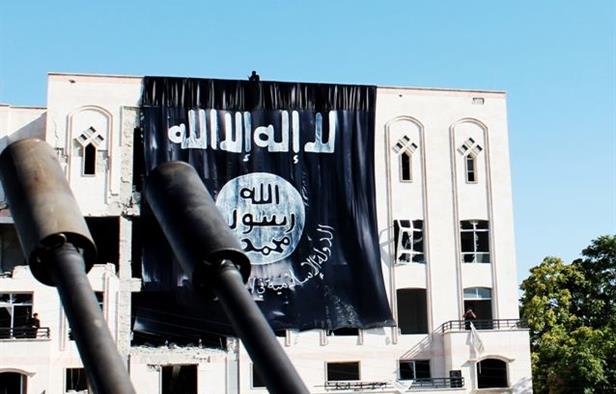 Militants of the Islamic State in the Syrian border town of Jarablus are preparing themselves militarily for a possible Turkish intervention after several reports claimed that Ankara is on the verge of launching an attack.

Shazza Khalil, an activist living in the area, claimed that ISIS has tried to reassure the population that it is in control with a military parade on the town’s main streets “to show the extent of its strength.”

She added that land mines planted along the border with Turkey by the group killed several civilians trying to flee into turkey illegally.

Turkey increased its military presence along its border with Syria last month after ISIS took over some parts of Kobane in a surprising offensive. There have been reports that Ankara is planning a ground offensive into Syrian territory in order to create a buffer zone stretching from the north of Aleppo to the west of Kobane in a territory currently held by ISIS in a bid to stop Kurdish forces from stretching further westward in northern Syria.

The leader of the Kurdish Democratic Union Party (PYD) in Syria warned that the armed wing of the party, the YPG, would “take a defensive position against any Turkish operation in territories under their control.”

Turkey has every reason to be concerned about attacks from ISIS as Khalil claimed that an alleged ISIS member acknowledged that the group could “temporarily” withdraw from the Jarablus “under military pressure” but questioned if Turkey will be able to “withstand car-bombs, assassinations and other operations” within  its territory.

Hurriyet, a leading Turkish daily close to Erdogan’s center-left political opponents, reported that the military operation would go ahead when the country gets a new government. Negotiations to form a coalition government are underway.