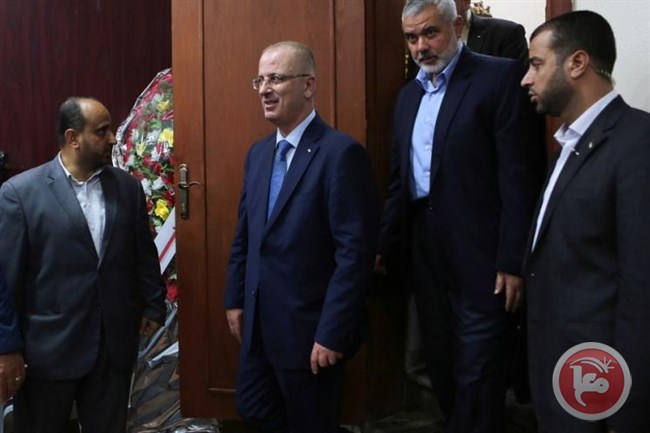 The Unity government in Palestine could be reshuffled this Thursday after Prime Minister Rami Hamdallah stated that the change will be announced “soon” probably before the Eid holiday begins on Friday although sources stated earlier this week that President Abbas and Hamdallah could reshuffle the government after the Eid.

Talks on reshuffling the government have been circulating for months before Fatah finally announced mid last month that the government would be dissolved.

The Unity government has been faced with challenges due to the diverging views of Fatah and Hamas. Prime Minister Hamdallah said overcoming the internal differences with Hamas is a top priority for the government. Abbas and Hamdallah have reportedly held a meeting last weekend to discuss potential cabinet members.

The Palestinian Liberation Organization (PLO) and President Abbas can’t also agree on the procedure to be adopted in forming a new cabinet. PLO had appointed a committee to consult Palestinian factions on the formation of a new government inclined towards factional lines while Abbas prefers a reshuffle of several ministers.

Independent technocrats could be replaced by factional leaders. Hamas has questioned PLO’s capacity to undertake such a project because it is not the appropriate body to oversee such a reform.

The last elections in Palestine were held in 2006 and efforts to organize a new poll faced several obstacles as Prime Minister Hamdallah explained that the approval of all Palestinian factions is necessary. The 2006 legislative elections were won by Hamas but factional fighting that erupted soon after led to a split, with Hamas governing the Gaza Strip and Fatah overseeing the affairs in the West Bank.