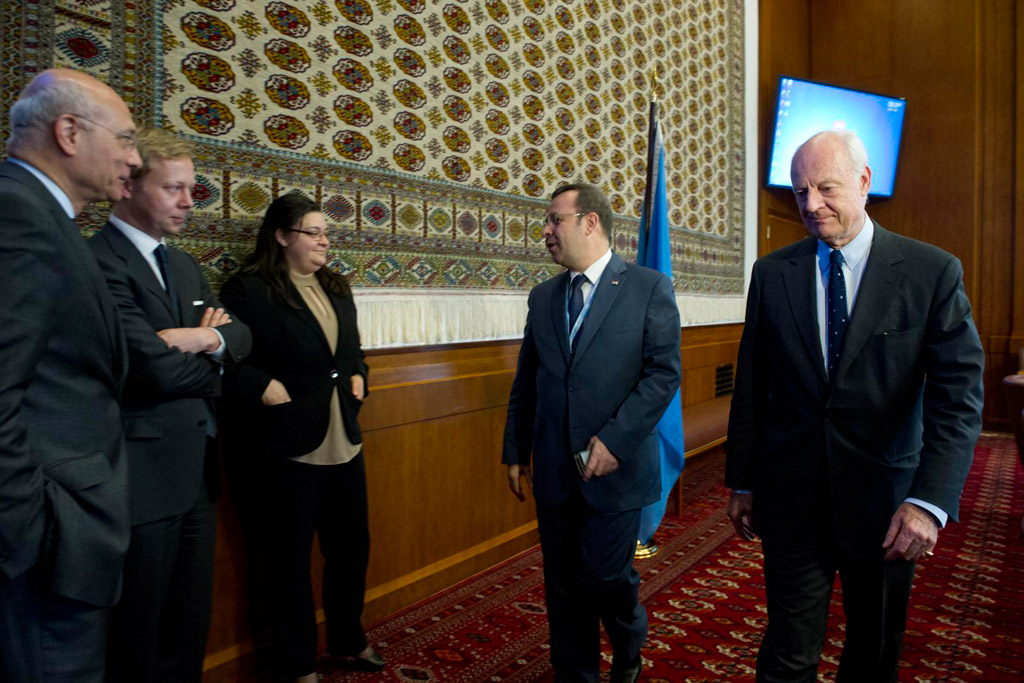 The rebels want President Assad to leave power and do not want him to be part of a transitional government.

De Mistura’s spokesman confirmed the meeting and also another meeting held earlier this month in Istanbul between the UN special envoy and leaders of 11 armed opposition groups that were part of the 33 that rejected the invitation to Geneva for discussions on Syria’s future. The spokesman declined to give details of the meetings.

However, Southern Front spokesman Issam al-Rayyes said there have been meetings scheduled between the group and De Mistura but never took place due to logistical challenges.

He said the meeting was seized to present the rebel groups’ perspective of the war and its aftermath. “We showed him our road map, our vision, how the Southern Front sees the transitional period without Assad,” al-Rayyes told Reuters.

De Mistura embarked on wide-range consultations in May to meet Syria’s warring parties but they are still divided on the way to end the conflict and the role President Assad should play. The U.N special envoy is expected to propose “a way forward to support Syrian parties in their search for a political solution to the conflict” by the end of this month according to his office.

Rebel groups in southern Syria are gaining more political weight as they continue to control wide areas of the southern border zone close to Israel and Jordan after seizing important towns and military bases from President Bashar al-Assad’s control. They have also been successful in holding back the advances of extremist groups.