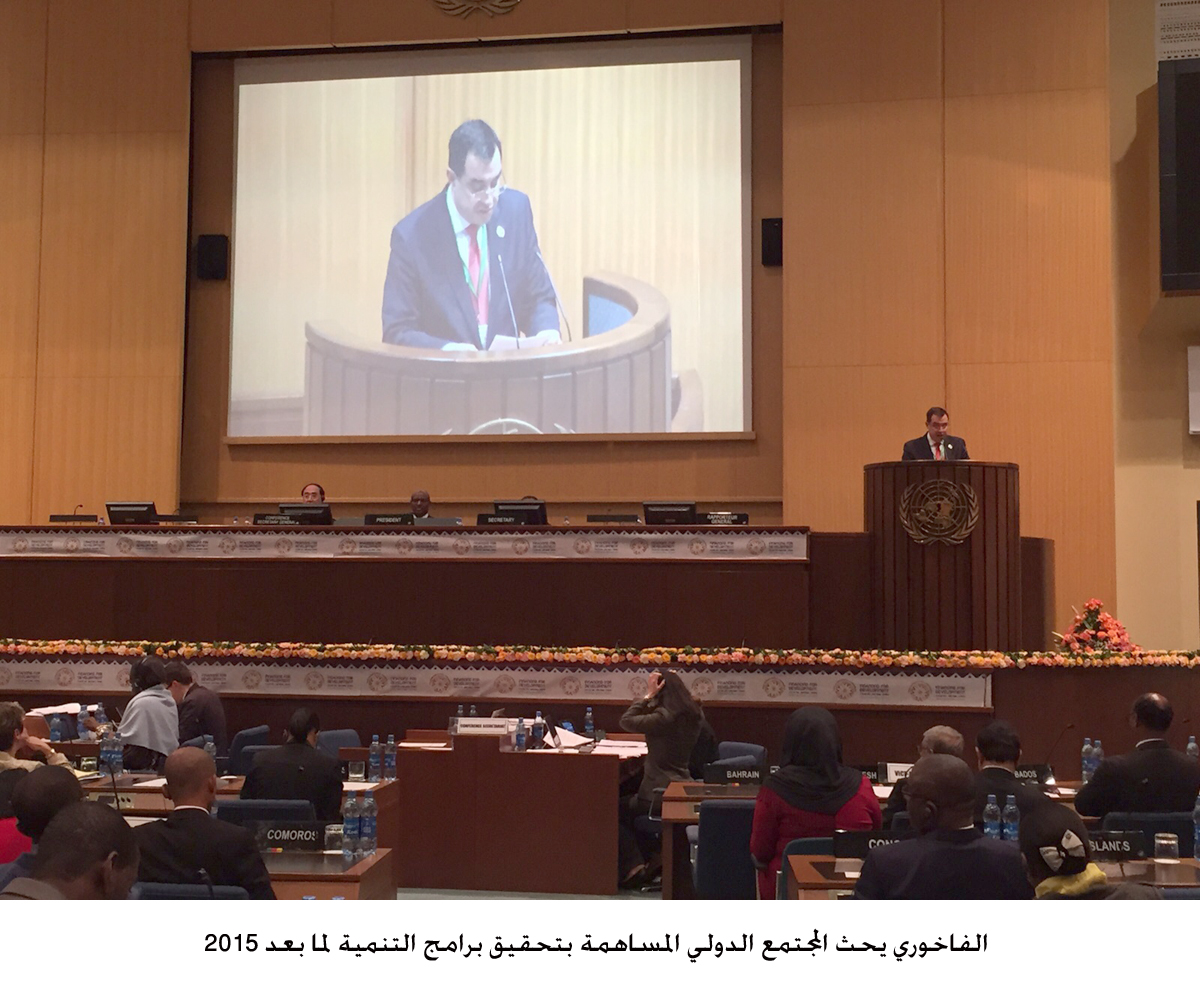 Jordanian Minister of Planning and International Cooperation, Imad Fakhoury, has called for support of Jordan’s ten-year socio-economic blueprint aimed at developing the educational and health sector as well as promoting social inclusion and infrastructure, access to water, energy, and transport.

He proposed that the mechanisms used to provide financial aid should be reviewed in order to help make projects become a reality.

Fakhoury was speaking at the Third International Conference on Financing for Development being held in Ethiopia when he pointed out that “while we are all committed to endorsing the Sustainable Development Goals in September, we still need an ambitious financing plan to translate these goals into implementable actions.”

Jordan’s blueprint agenda is geared towards capitalizing on the mobilization of resources for socio-economic development.

The Jordanian minister stated that international financial assistance to support development projects continue to be “a great challenge… as the cost of achieving these commitments far exceeds current ODA levels and existing funding mechanisms.” To overcome the challenge, he suggested that the allocations of the Official Development Assistance (ODA) be increased to 1% of gross national income by 2020. Fakhoury wants access to donor funds to be reviewed in order to establish a truly credible and effective development financing system that will include Least Developed Countries, vulnerable middle-income countries and countries that are severely affected by neighboring crises.

If donors accept Fakhoury’s proposal, it will facilitate Jordan’s access to financial support geared towards development because the Kingdom currently hosts more than 1.4 million Syrian refugees with an estimated financial impact of about $7.9 billion since 2011. Jordan has received less funds than it needs and Fakhoury lamented that development assistance and highly concessional and innovative funding tools are needed by Amman to overcome the situation.