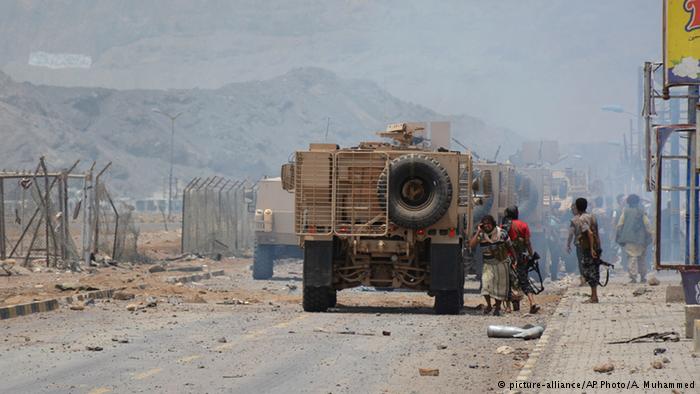 The Houthi Movement and its allies have been withdrawing from strategic areas in Aden after heavy clashes with Yemeni militiamen backed by the Saudi-led coalition.

The Houthis were forced out of Aden’s airport on Tuesday and the city’s main port a day after. Dozens of combatants and civilians have been killed over the past two days, according to doctors at the southern city’s main hospital. The victory will be a morale booster to the militiamen but the Houthis continue to control much of the northern part of the country.

A humanitarian pause was due to take place last weekend but it was not respected.

Meanwhile, the Yemeni militiamen are carrying on with their offensive operations under the codename “Offensive Golden Arrow” and their next target is taking over an area between the airport in Aden and a peninsula where much of the city lies. They are also using sniper fire to seize another area called Crater, close to the Sira Fortress.

A joint statement by relief organizations including the U.N stated that this week has been the deadliest in Yemen since the escalations of tensions in March when the Saudi–led coalition intervened with airstrikes.

O’Brien said that “millions of women, children and men are facing terrifying violence, extreme hunger and little medical assistance as the fighting, shelling and bombing by all parties show no sign of abating.” “A political solution… is what the people of Yemen need,” he said, calling on the international community to support this option.