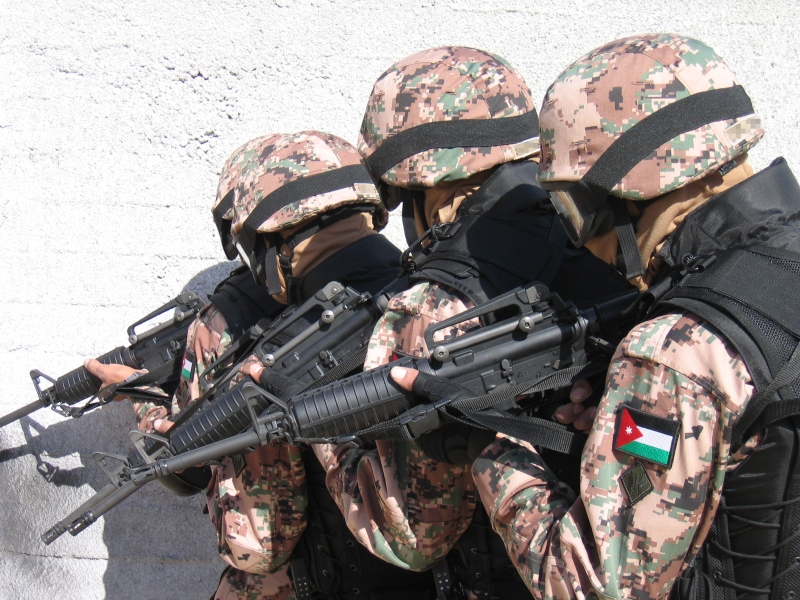 Jordan has acquired high-tech US equipment to enhance the control of its borders with Syria and Iraq wherein the terror Islamic State organization is controlling large territories.

The border control system was provided by the US defense Raytheon Company three months ahead of scheduled project completion. The system, worth $79 million, includes key command, control, communications, and surveillance capabilities (C3/S). It will help Jordanian armed forces better border monitoring to protect the Kingdom from Islamic militants infiltrations.

This project was funded by the U.S. Defense Threat Reduction Agency (DTRA). “This work is vital in the Middle East, and we are particularly pleased that we were able to deliver these critical security capabilities to Jordan ahead of schedule”, said Mr. Dave Wajsgras, president of Raytheon Intelligence, Information and Services during opening ceremony of the Border Security Operations Center (BSOC) in Jordan.

It seems that the old saying “Good Fences make Good Friends” is still true as proven by Jordan which has installed sensors and control monitoring system to tighten its borders, while Tunisia started building a security wall along its border with neighboring lawless Libya.