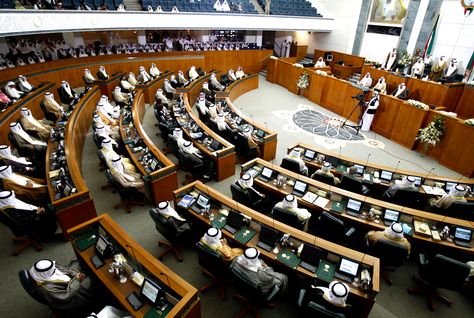 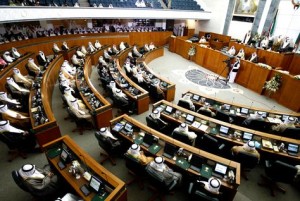 Kuwait’s budget for the new fiscal year that began on April 1 has a deficit of around 40% mainly due to lower estimates of oil prices.

The huge deficit has raised eyebrows but it is believed that it will be reduced because the country often underspends its budget due to red tape and political tensions between the government and the parliament.

The state is expected to have estimated revenues of 12.2 billion dinars during the fiscal year and its expenses were fixed at 19.17 billion thereby creating a deficit of 8.18 billion dinars ($27.0 billion).

Finance Minister Anas al-Saleh told the parliament that a decision to fund the deficit has not been reached before adding that “we will choose the source based on Kuwait’s best interest.”

Before oil prices started to fall, the country’s last budget deficit dates back to 1999-2000 fiscal year.

Kuwait has often been having a budget surplus and it is still far away from fiscal crisis. Saleh was quoted by State news agency KUNA calling to speed up financial reforms, ration public spending, and reduce the dependency on oil resources which continue to serve as the main income.

Although the 8.18 billion dinars deficit would be reached after the transfer of 10% of the revenues to the Future Generations Fund, the deficit could drastically reduce because the budget estimated the oil prices at $45 per barrel while they are currently at $60.

Tensions between the government and the parliament have also blocked economic projects and that could automatically reduce spending.